Datalex’s annual report the most troubling read since Anglo shocker 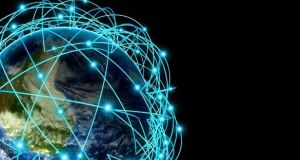 Troubled travel software firm Datalex is so short of cash it will need to tap its main shareholder Dermot Desmond for a credit line for the second time in recent months to tide it over ahead of a planned share sale. Photograph: iStock

Not since the then-failing Anglo Irish Bank published its 2008 accounts just over a decade ago has an Irish plc pushed out an annual report that contained such shocking disclosures.

Datalex, which rocked the Dublin market at the start of the year by revealing suspected accounting irregularities that would subsequently be confirmed, revealed in its long-delayed 2018 report on Friday that it posted a record $50 million annual loss as its new management team kitchen-sinked its accounts.

The report revealed that troubled travel retail software group’s was: considering taking legal action against former directors, being circled by the Office of the Director of Corporate Enforcement (ODCE), running so short of cash it will need to tap its main shareholder Dermot Desmond for a credit line for the second time in recent months to tide it over ahead of a planned share sale, and losing some important contracts.

It doesn’t stop there. The company has also written off most of the intangible assets on its balance sheet and was unable to secure an auditor’s opinion on its financial statements.

You certainly couldn’t accuse its external auditors EY – also auditors of Anglo Irish Bank back in the day – of falling short in applying professional scepticism, the cornerstone of any proper probing of accounts, in assessing the accounts for last year.

In a highly-unusual move, EY has refused to offer an opinion on Datalex’s accounts, saying “we have not been able to obtain sufficient appropriate audit evidence to provide a basis” to give one. It added that due to a “material breakdown in internal control during the period under audit, a number of these requests either could not be responded to, or the information provided was not sufficient for the purposes of our audit”.

That’s even after the company’s new management team, acting chairman and interim chief executive Sean Corkery and chief financial officer Niall O’Sullivan, went through the books with a dose of salts. You can be sure that the duo would have stress-tested the business up and down before preparing the financial statements on a going concern basis, which assumes it will be able to remain in business for the foreseeable future.

But questions must be asked about whether EY was dissenting enough when carrying out its first Datalex audit, in 2017.

True, EY warned in the 2017 report that there was a “heightened degree of subjectivity applied by management” as it calculated the level of revenue it could book for its biggest project – known to be the contract to overhaul German airline Lufthansa’s digital retail offering – based on estimates of what stage the programme was at.

It’s now clear that there weren’t enough controls in place to stop the company recognising service revenue and earnings on the Lufthansa contact in the first half of last year that it shouldn’t have.

Sources have said the Lufthansa project had missed a series of deadlines last year and had gone well over budget, and that Datalex was unlikely to recover much of the costs.

EY also outlined in Datalex’s 2017 report that it had communicated to the company’s audit committee – chaired by Desmond’s board nominee John Bateson – that there was a “high degree of judgment and estimation” as management determined how much of its research and project development spend could be “capitalised” – or added to its asset base.

R&D capitalisation is a highly complex and debated area for software companies. The more development spend that can be capitalised, the less that needs to be written off and charged against profits.

Corkery and O’Sullivan took a $20 million impairment charge last year, wiping out the net asset value of its product development assets, and vowed to account for future R&D investment as an expense “until such time that it is probable that future economic benefits that are attributable to the asset will flow to the group”.

It could be argued that the charge was necessary as the world has changed for Datalex in the past nine months. But there were already concerns in the market before the accounting scandal erupted about the amount of R&D spend that it was converting into intangible assets.

EY are now walking away, having told management they will not be seeking reappointment as statutory auditor.

The new managers reckon there’s a salvageable business in Datalex. “I am confident, as is the board, that we have a viable business model and that Datalex is in an excellent position to capitalise on this,” said Corkery. “Talks are ongoing with a number of potential new customers, some of which are at an advanced stage. This demonstrates the strength of Datalex’s product as these discussions have continued notwithstanding the recent news.”

He added: “Datalex has a significant market opportunity and a powerful commercial model. The industry is in a time of digital transition and is growing at a significant pace; in this context there is a need for companies such as Datalex.”

The new team has promised to provide beleaguered shareholders – who haven’t been able to trade shares since they were suspended on the stock market in May – with details of an overhaul programme at an agm on September 17th.

But will the pitch be enough to get shareholders to back a planned multi-million-euro equity raise that Datalex needs to bolster its finances?

“As chair of the audit committee, John Bateson is considered to have a direct accountability over the company’s internal audit,” said ISS.

Those hoping the publication of the annual report would draw a line under Datalex’s recent troubles have been disappointed.