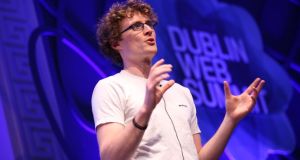 The recent spate of technology companies opening European headquarters here and expanding pre-existing Irish operations is yet more confirmation that Dublin occupies a bright position in the constellation of European tech capitals.

There are a number of circumstances contributing to this – some the result of orchestrated policy, others purely serendipitous. The expertise of the IDA and Enterprise Ireland in attracting and encouraging investment here is a huge factor; the oft-cited educated workforce is perhaps overemphasised but still a big draw; while the low corporate tax rate is, of course, critical.

But a complementary ingredient, one that is difficult to quantify but important to acknowledge, is the cultivation of a sense of community among Irish developers and entrepreneurs, and playing a key role in this is the rise of a number of local technology conferences.

More than most industries, technology entrepreneurs, and developers in particular, benefit from the swapping of ideas and constant knowledge exchange, and while local tech meet-ups are the most expedient way of developing that, conferences such as the Dublin Web Summit, Offset, Úll and others are also playing a vital role in facilitating that exchange.

Furthermore, they serve to showcase the vibrancy of the technology community here and Ireland’s position as a technology hub.

“I think in one sense a lot of people don’t realise that Dublin is one of the dominant tech hubs in Europe, ” says Paddy Cosgrave, who created the Dublin Web Summit and its more exclusive sibling F.ounders and in just a few years has built them into one of the leading dates in the technology calendar.


Unique insights
“If you look at the countries in the European Union, Dublin is about 50th in terms of population, so people tend to think of it as a tier-two city, but it’s very much a tier-one city in terms of its role as a technology centre.

“One of the things conferences do is shine a light on that aspect of the city – journalists come and often it’s their first time here, and they can be quite blown away by what they find, not just in terms of multinationals operating here but also the indigenous firms.”

Cosgrave has a unique insight into the benefits that technology conferences can bring about – the Web Summit has gone from just a few hundred attendees in its first year to more than 4,000 last year, and more than 1,000 tickets were sold for next October’s edition at the RDS in just a few hours of going on sale last week. That huge scale facilitates plenty of positive outcomes.

“I’ve seen guys who are the key decision-makers in some of the fastest growing, most disruptive companies come to Ireland for the very first time through the Web Summit and F.ounders,” he says.

“Guys from Twitter, LinkedIn, guys from Dropbox, their first interaction with Ireland was for the Web Summit, and those guys have gone on to create hundreds, perhaps thousands of jobs by having set up in Ireland in a very short period of time, literally in the last three years . . .

“These things don’t all happen just because of the Web Summit, but it facilitates these things happening, and it’s up to the companies and entrepreneurs to leverage the opportunity.”

But while the Web Summit might garner the lion’s share of attention due to its huge scale, there are myriad other events at the other end of the spectrum.

Developer Paul Campbell is the creator of a number of conferences, beginning with the Funconf in 2010, a small, highly regarded event that ran for three years, as well as co-founder with Dermot Daly of Úll, an Apple-focused event that has attracted some of the biggest names in the Apple community and an international group of attendees.

“The more I do this kind of thing, the more apparent it becomes, everything in business and in life is about who you meet, what things you do with them, how you spend time together. For me, doing conferences in Dublin was about bringing people together.”

The impact of meeting and conversing with entrepreneurs and successful designers and developers cannot be overstated, says Campbell.

“Something changes in you when you meet those people, they are massively talented and influential, and you realise these are real people who succeed through a blend of passion and hard work. It begins to generate a belief that you can build significant things.”

In designing his conferences, Campbell says he aspires to provide education, inspiration and empowerment for attendees.

On the surface, Campbell and Cosgrave’s respective efforts, so different in scale and ambition, have little enough in common, but they both serve to bolster Ireland’s status as a technology hub in hard to quantify ways.

But both Campbell and Cosgrave believe there is much more that can be done to improve Dublin’s conference “ecosystem”.


Room for improvement
“I think there’s alway room for more events,” says Cosgrave. “The more there are, the more focused they become, and Dublin has some advantages in catering for that – for the city of London to switch on to you and facilitate your event, you need to be the size of the Olympics.

“Whereas if you have 1,000 attendees coming for an animation conference in Dublin, say, the city switches on, helps you on a practical level and gives a big welcome.”

Similarly, Campbell feels there is room for improvement and growth. “My general thought on it is that it’s fledgling, and what I’m trying to do is show people what can be done.

1 How much state pension will I get next year?
2 Oxford Covid vaccine trials offer hope for elderly
3 Hurrah for the companies giving staff more time off
4 Brexit to curb services trade with UK, accountants group warns
5 Tesco takes to the skies with home delivery by drone
Real news has value SUBSCRIBE