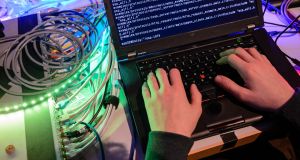 Hackers could potentially read computer memory to access passwords and other information.

The ashes of 2017 had barely cooled before we hit the first big tech crisis of the new year: two bugs that affect almost every computer, smartphone and tablet.

Discovered by Google, academia and cybersecurity firms last year, the vulnerabilities could give hackers access to passwords, encryption keys or sensitive information in applications.

It’s a Catch 22 situation for consumers. The flaws discovered in the microchips running on computers could allow hackers access to sensitive data; the remedy could slow down your device.

There are two different flaws. The first, Meltdown, affects devices that run Intel chips – laptops, your desktop PC and internet servers. Exploiting this flaw, hackers could potentially read computer memory to access passwords and other information. The good news is that it can be fixed with a simple software patch for your system, and they are already in the works; in some cases, they are ready to go.

The second, Spectre, is considered less dangerous in the immediate term, but could be more of a problem. It affects smartphone and tablet chips, along with Intel and AMD computer chips. Using this flaw, hackers can trick apps into leaking sensitive information. Although it’s less dangerous now, it applies to a wider range of devices and could be a bit more difficult to fix.

The good news is that, so far at least, there are no reports of the flaws actually being exploited in the wild. Google has already been working with companies to get a fix in place before the news was made public. In relation to Android devices, users who have installed its most recent security updates are already protected, as are Gmail users. A patch for Chrome browser will be available later this month, and Chromebook users will have to wait for their update to be released.

There is something else to consider: fixing the issues could cause your computer to slow down. Exactly how badly it will affect your machine is up for debate at the moment. According to the Register, which first reported the existence of the security flaws, some systems could impacted by up to 30 per cent.

Intel says the real figure is much lower and and the average computer user should not see too much of an impact. However, it’s all dependent on what you are using your machine for.

Analysis: BT and Arnotts job losses may be first of many in retail 18:38
Greencore and Aryzta shares drop as European markets go into reverse 18:00
Pandemic pushes holiday company TUI to €1.1bn quarterly loss 17:35
Covid-19 puts end to hugs and kisses on RTÉ’s First Dates 17:25
Central Bank has sold off 70% of IBRC-linked bonds 16:56