Weblog: Research in Norway found social media can be positive in encouraging fitness 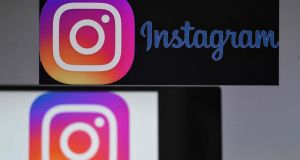 Now that we’ve been told to exercise within 2km of our homes, there are plenty of people who no longer have access to parks and woodlands for daily walks. But, as the saying goes, adversity breeds creativity, and the limitations of social distancing has led to a rapid growth in yoga and keep-fit classes through Instagram Live and other social media platforms.

The only drawback is keeping motivated. Researchers at the Norwegian University of Science and Technology (NTNU) carried out a study to find out what might keep us from giving up when exercising alone. A group was assigned to follow an Instagram account called #dinmotivation where they were asked to read motivational posts over the course of a month. Compared to the control group who were exercising without these motivational posts, they reported enjoying exercising more and were more likely to stick to it.

So perhaps those sometimes cheesy posts from perpetually peppy Instagram fitness influencers work after all.

“We want to show how the influence of social media can be positive and used to promote public health – rather than the opposite. It can also inform how we should be critical of the source regarding content that appears in our feed. Awareness is key for achieving the positive effect we want,” said study lead Prof Frode Stenseng.