ChannelSight raises $10m as it seeks to expand e-commerce offering 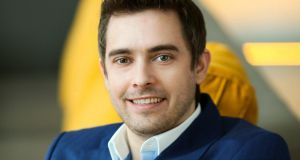 ChannelSight allows brands to add “where to buy” buttons to their digital content to help generate sales by encouraging consumers towards online retailers where they can make purchases. The technology also provides companies with detailed analytics so they can easily tweak content based on how well it is being received.

Hundreds of companies in 65 countries use the Dublin-based group’s technology, including internationally-known brands such as Sony, Philips, Mondelez and Bosch.

Founded in 2013, ChannelSight is led by John Beckett, the man who helped develop Ryanair’s first website while still at school. Its other cofounders are Niall O’Gorman, previously global director of ecommerce strategy and innovation at Mondelez and Kieron Dundon, who has since left the business and is now a cloud migration consultant at Musgrave Group.

“The funding will be spent primarily on growing the team by about 50 per cent over the next year or so and to expand our footprint,” Mr Beckett told The Irish Times. “There has been a lot of innovation internally, which has led to a number of new products. It is now time to deliver that to customers.”

ChannelSight reported €3.53 million in accumulated losses in 2017, up from €1.68 million a year earlier due to heavy investment in product development and growing the team. While the company does not disclose turnover, Mr Beckett, ChannelSight’s chief executive, said it recorded revenue growth of 110 per cent last year.

“Our mission is to make the world instantly shoppable. We work with large brands to help them drive sales from the digital content they are pushing out across different platforms. Our technology effectively allows them to place a ‘call to action’ on their content so that consumers who engage with it have a fast, frictionless way to make instant purchases,” said Mr Beckett.

“This results in higher conversion rates from digital content. It also means that brands can accurately measure the success of content in terms of driving sales, no matter what channel they use.”

The company employs 70 people and is currently hiring for an additional 30 roles across product, marketing, sales and engineering in their Dublin, Brasov and Thessaloniki offices.

“We believe that ChannelSight is a truly exciting company with global ambitions and market defining potential,” said John Flynn, managing partner at Act Venture Capital. “Having shown significant growth, we have confidence the team is in place to lead the expansion.”

1 Why the notion that building more houses will cure our housing woes is bogus
2 Suspicions rife as key Brexit trade talks begin in Brussels
3 Irish companies restrict travel over coronavirus fears
4 Life as a Facebook moderator: ‘People are awful. This is what my job has taught me’
5 Bank leaked my loan request to family who tried to rip me off
Real news has value SUBSCRIBE