CES: ‘We basically envision a world where Alexa is everywhere’

After focusing on the ‘smart home’, Amazon is moving on to the car 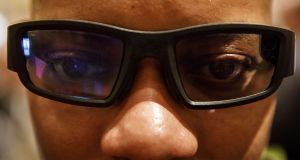 It is often said that the most interesting part of the Consumer Electronics Show is not the technology on show but the conversations that happen behind closed doors.

At this year’s CES, dealmaking has taken centre stage as tech companies, carmakers, appliance manufacturers, chip providers and start-ups race to strike alliances for the “internet of things” era.

Nowhere is that more obvious than in the world of virtual assistants, with Amazon and Google leading the way on recruiting partners to help them distribute and activate their artificial intelligence platforms.

After focusing on “smart home” technology last year, Amazon is now moving on to the car. The US company has struck deals with Panasonic, one of the largest players in in-car infotainment systems, Chinese electric car start-up Byton and Toyota, which showed off a futuristic, versatile autonomous vehicle called “e-Palette” that the ecommerce group plans to use for package deliveries.

Amazon is also trying to diversify the types of products that incorporate its digital assistant, bringing its Alexa service to cookers from Whirlpool and GE, as well as Bluetooth-enabled portable devices such as headphones, smartwatches and even smartglasses from New York-based Vuzix.

Although Amazon does not have its own public presence on the show floor, it has rented a sizeable private space in Las Vegas’s Venetian hotel for meetings with partners.

Google, by contrast, is unmissable to CES attendees: advertising for Assistant appears on giant digital billboards up and down the Las Vegas Strip, its branding is plastered inside and outside the city’s monorail train carriages, and it will for the first time in several years have a huge booth at the convention centre.

On Monday evening, the company announced a wave of new integrations for its Assistant, which the internet group says now works with more than 1,500 devices. Additions to that line-up include voice-activated speakers and headphones from LG and JBL, and television sets from Sony and TCL.

Google is also using its existing network of Android devices to push out its Assistant, including to millions of cars from the likes of Ford, GM, Volkswagen and Volvo.

After Amazon released its first Echo speakers with screens a few months ago, Google is playing catch-up by teaming with JBL, Lenovo, LG and Sony on “smart displays”, which can show YouTube clips, show images stored in Google Photos and make video calls.

Amazon may have beaten Google to the idea of giving a virtual assistant a screen but it was Chinese internet group Baidu that first launched that combination at CES a year ago.

Kun Jing, general manager of Baidu’s Duer division, said that adding a display to a smart speaker made a “very big difference” to how often customers use its virtual assistant, compared with voice-only devices.

Despite the frantic dealmaking, not all electronics groups are eager to get into bed with Amazon and Google.

Samsung, in its CES presentation on Monday, made no mention of Alexa or Google Assistant, instead pushing its own digital helper Bixby into its smart TVs, Gear smartwatches and connected cars through its Harman subsidiary.

HS Kim, president and head of Samsung’s global consumer products division, said the Bixby’s “next level intelligence” would “intuitively understand you and figure out what you need before you even have to ask”. By 2020, all Samsung connected devices will be imbued with Bixby’s intelligence, he promised.

For mobile market leaders Samsung, Google and Apple, mastering digital assistants that are used beyond the smartphone is becoming vital as consumers’ usage habits change. A survey by consultancy Accenture found that almost two-thirds of customers who own smart speakers use their smartphones less often for entertainment, and more than half use their mobiles less for ecommerce and search queries.

That same trend leaves Baidu and Amazon, who were slower than their rivals to adopt mobile devices, with the most to gain from virtual assistants - as long as they can find enough device partners to help distribute them.

“I believe [the smartphone] is the wrong device for a voice platform because it’s fundamentally a finger-first device,” said Qi Lu, Baidu’s chief operating officer.