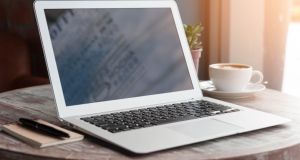 Apple is planning to release a cheaper laptop

Apple will release a new low-cost laptop and a professional-focused upgrade to the Mac mini desktop later this year, ending a drought of Mac computers that has limited sales of the company’s longest-running line of devices, according to sources. .

The new laptop will look similar to the current MacBook Air, but will include thinner bezels around the screen. The display, which will remain about 13-inches, will be a higher-resolution “Retina” version that Apple uses on other products, the sources said. Apple spokesman Bill Evans declined to comment.

The current MacBook Air, which costs $1,000, (€875) remains Apple’s only laptop without a high-resolution screen. The MacBook Air was last updated with a faster processor option last year, but hasn’t seen a major overhaul in several years. The 12-inch MacBook launched in 2015 was seen as a replacement to the MacBook Air, but its $1,300 starting price put it out of reach for some consumers. The new MacBook Air will be geared toward consumers looking for a cheaper Apple computer, but also schools that often buy laptops in bulk.

When Apple releases new Macs in the autumn, it often does so in October, following the launch of new iPhones. The company is planning to debut three new iPhones, Apple Watches with larger screens, and new iPad Pros later this year, other sources said.

The Mac has been a steady seller, representing more than 11 per cent of Apple sales in the last fiscal year, ahead of the iPad. However, some loyal users have complained that recent updates haven’t met their professional needs. Apple has sought to address this by releasing a high-end iMac Pro and a new MacBook Pro with an updated keyboard and faster processor options.

Still, in the fiscal third quarter this year, the company said it sold 3.7 million Macs, the fewest in a quarter since 2010. And Apple lags other companies in the education market. Chromebooks, cheaper laptops running Google’s Chrome operating system, accounted for 60 per cent of devices shipped to US education institutions in the final quarter of 2017, according to Futuresource Consulting Ltd.

Apple is also planning the first upgrade to the Mac mini in about four years. It’s a Mac desktop that doesn’t include a screen, keyboard, or mouse in the box and costs $500. The computer has been favoured because of its lower price, and it’s popular with app developers, those running home media centers, and server farm managers.

For this year’s model, Apple is focusing primarily on these pro users, and new storage and processor options are likely to make it more expensive than previous versions, the people said.

In addition to the new Mac models, Apple is preparing to launch macOS Mojave, a new version of its Mac operating system that adds new features for sorting files and the ability to run iPad apps like Apple News. The company is also planning a new version of the Mac Pro, the company’s most high-end Mac, for next year, Apple has said.

1 This charming man: how Paschal Donohoe won the Eurogroup presidency
2 ‘My rent here is so low it’s a joke’
3 Goodbody’s planned €155m sale to Bank of China falls through
4 ‘Sad day’ for House of Ireland as tourism retailer goes out of business
5 Examinership of Apple reseller Compu b confirmed
Real news has value SUBSCRIBE