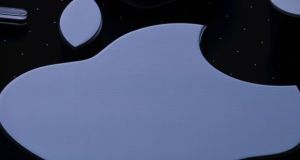 The French regulator said the Apple case was prompted by a complaint lodged by eBizcuss, an Apple premium reseller, in 2012

Apple has been fined a record €1.1 billion by French ant-itrust regulators for anti-competitive agreements with suppliers that thwarted independent resellers.

The French competition authority also fined two of Apple’s wholesalers -- Tech Data and Ingram Micro -- €76.1 million and €63 million for taking part in the sales curbs. The case focuses on the distribution of all Apple products except iphones.

“Apple and its two wholesalers agreed to not compete against each other and prevent resellers from promoting competition between each other, thus sterilizing the wholesale market for Apple products,” Isabelle de Silva, head of the French agency, said in a statement on Monday.

The Apple fine is the latest crackdown on US tech giants by the French watchdog. It fined Google €150 million euros late last year for setting “opaque” rules for its Google Ads advertising platform that it applied unfairly and randomly.

Apple didn’t immediately respond to a request for comment.

The fine comes after Apple said Saturday it’s closing its hundreds of retail stores outside of Greater China until March 27th and is moving to remote work in order to help reduce the spread of coronavirus.

Monday’s fine dwarfs the previous record antitrust penalty in France for a company - €350 million - which was handed down to Orange in 2015.

The French regulator said the Apple case was prompted by a complaint lodged by eBizcuss, an Apple premium reseller, in 2012.