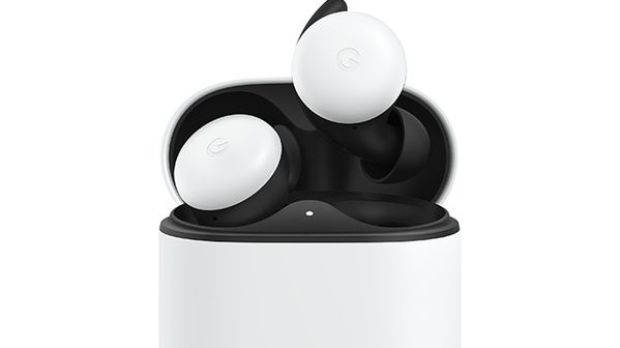 Google Pixel Buds: at just under €200, they aren’t the cheapest out there, but they do very well for the price

Wireless earbuds were once a bit of an oddity in the headphone world. But these days, it feels like everyone is doing them. Google’s Pixel Buds are the latest to make their debut on the market, offering a few Google specific features that could make them worth your while.

This isn’t the first Pixel branded set of earbuds from the company, but they are the first truly wireless ones. Designed to be set up in a few minutes, the process was relatively painless on Android devices.

The Pixel Buds follow similar styling to the Pixel 4, white and black, with a compact case that doubles as a battery charger.

There are small touch pads on the surface of the earbuds that you can use to control playback – one tap will play or pause audio, or answer calls. A double tap will move to the next track, a triple tap will go back a track.

One of the most useful gestures though is the volume controls. It’s something that is absent from a lot of earbuds, but Google has included it for the Pixel Buds. You simply swipe forward to raise the volume and back to lower it. The controls are responsive, and there were few instances where I had to repeat the gesture.

The Pixel Buds come with Google Assistant capabilities, which is handy for controlling your smart home, looking up some information online, or getting your notifications. Tap and hold activates the Google Assistant, unless you choose to go with the OK/Hey Google commands.

One other thing the buds come in handy for is translating foreign languages. When we get back to a point where foreign travel is a realistic option again, you can hold a conversation with someone through Google Translate – you using your earbuds to translate to another language, and the other person speaking into the phone.

The fit of the Pixel Buds is good, with the buds staying put through running, some interval training and a few at-home classes. That means there is a good seal too, blocking out the background noise for the most part. That’s a good thing, as there isn’t active noise cancelling on the buds. Would it be nice? Yes, considering the rival options include it, but you may not notice its absence as much as you expect.

However, the buds feature adaptive sound, which will adjust the volume as you move from a quieter environment to a noisier one without you having to lift a finger. It works reasonably well, making sure that the background noise never really intrudes.

It works similarly well with phone calls; the technology in the earbuds recognises when you are in a noisier environment and works to bring your voice to the fore. On the occasions that I took calls on the Pixel Buds, the person at the other end had no indication that I was on a headset.

Battery life is average, at five hours of play, but the case gives you up to 24 hours of listening time, providing a power boost each time you pop the buds back in their case. That puts it about level with Apple and Samsung’s wireless buds; a 10-minute charge will give you a two-hour listening capability.

The case itself can be charged wirelessly, if you have a compatible pad at home or in the office, or else you are dependent on USB C.

Are the Pixel Buds essential? At just under €200, they aren’t the cheapest out there, but they do very well for the price. The extra Google Assistant features – translation, for example – elevate them above the buds that may just undercut Google on price.

A nice fit, good sound, plus the ability to control volume on the earbuds themselves make the Pixel Buds a nice choice, particularly for Android users. The translation option may not be something we get to use this year, but it’s a handy feature for the future.

Active noise cancelling may not be essential, but when others are building it into their earbuds, it seems a shame to leave it out of the Google version. There is also no way to adjust the sound quality specifically for the earbuds. The Galaxy Buds+ allow you to choose different sound settings within the app; the Pixel Buds app on Android has no such option.

The Pixel Buds will work with iOS devices too, along with your laptop or any other Bluetooth enabled device, although they are made to work with Android. The buds are also sweat and water resistant, with IPX4 rating.

For Android users, the Pixel Buds are an easy choice.

Already the toast of Connacht, Bundee Aki is ready to become a Lion

Digital green certificates offer solace to travel industry 05:57
Irish-registered subsidiary of Microsoft records $314bn profit 05:49
Davy Hickey investors sue amid row over Citywest developer’s future 05:41
Has there ever been a better time to be AIB chief executive? 05:36
Planet Business: Houston, we have a problem 05:28

2 Charlie Chawke: ‘I want to hold onto everything’

5 ‘You need money to get going. But once that’s sorted, you have a great life here’