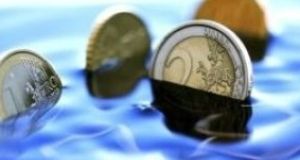 GMC Sierra, the consortium awarded the contract to manage Irish Water’s meter installation programme in four regions across Ireland, recorded a healthy profit in 2015, a year in which controversy over the initiative began to boil over.

Accounts recently lodged with the Companies Registration Office show the company reported a €2.9 million pretax profit during the year under review. This compares to a €4.5 million profit for the preceding 17 months.

The joint venture comprises GMC Utilities and Sierra Support Services Group, a subsidiary of the Denis O’Brien owned Actavo, formerly known as Siteserv. It was selected to manage the meter installation programme in Dublin city, the midlands, southeast and northwest regions in July 2013.

Cost of sales totalled €46 million as against €86 million in the prior period with the company reporting a €3.07 million operating profit versus a €4.8 million profit in the previous 17 months.

As of January, some 58 per cent of Irish households had meters in place. However, the Commission for Energy Regulation (CER) – Ireland’s water regulator – recently declared that Irish Water should stop installing meters in homes warning that the cost of completion would cripple efforts to improve water quality and supply.

GMC Sierra employed an average of 117 people during the year with related costs of €5.5 million.

The joint venture reported accumulated profits of €6.4 million for the period as against €3.9 million in the prior period.