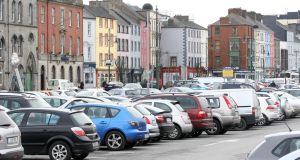 Car parks on the quay in Waterford. Photograph: Patrick Browne

Euro Car Parks, one of the largest private parking operators in the State, expects to acquire more locations this year.

In accounts just filed with Companies Office, the parking group, which owns thousands of parking spaces across the State, said its strong financial position was helping it gain business from both public and private institutions.

Euro Car Parks (Ireland) operates parking at the Convention Centre and the Point in Dublin, as well as at the Mater hospital. It also has car parks in Limerick, Wexford, Waterford, Athlone, Newbridge and Galway.

About a quarter of the company’s revenue is paid back to owners of the various sites it operates on behalf of hospitals, and other public and private bodies.