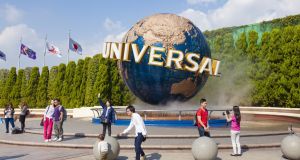 Universal Studios Japan postponed the opening of its much-anticipated Super Nintendo World theme park after a worsening spread of the coronavirus prompted the government to expand its state of emergency declaration.

The addition to the Universal Studios Japan amusement park, located near Osaka, won’t open on February 4th as planned and has been put on indefinite hiatus in accordance with the government’s urging to restrict non-essential travel and activities. The organisers said they will reevaluate and decide on a new date once the state of emergency has been lifted.

The new attraction is envisioned as a life-sized replica of Kyoto-based Nintendo’s most popular game characters and environments. It includes rides, shops and walk-through activities. One of the first attractions will be a Mario Kart ride inside a recreation of Bowser’s Castle. Borrowing an idea from the Super Mario franchise, visitors will be able to collect virtual coins by wearing a dedicated wristband as they explore the area and interact with park features via a Switch console.

The showcase is one of the largest projects ever conceived by Universal Studios Japan, costing close to $580 million. It was originally slated for a summer opening before getting its first pandemic-imposed postponement. It marks an important step in Nintendo’s efforts to broaden its franchises beyond console players. Movies, merchandise stores and smartphone apps are all designed as a hook to lure new users to buy game-dedicated machines and software.

Japan this week expanded its state of emergency beyond the Tokyo region to encompass the country’s other main economic hubs including Osaka, as it battles to contain a record surge in infections. – Bloomberg L.P.