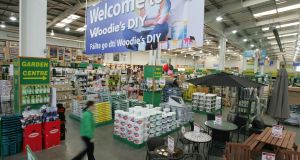 The Woodies network, its chief executive said, has eschewed high-stacked shelving and is reformatting many stores to give them a “softer” look and feel.

The Works, a UK discount books, stationery and toys retailer that wants to open at least 25 more stores in Ireland, claims it is being stymied by indigenous Irish rivals, which he says lobby Irish shopping centres to restrict the range of products it sells

Kevin Keaney, the chief executive of the private equity-owned retailer, was speaking on Tuesday afternoon at a major Dublin retail conference organised by the industry group, Retail Excellence Ireland (REI).

The Works has a network of 450 stores, mostly in the UK. It operates 23 stores in Ireland: 15 in the north and 8 in the south. Mr Keaney told the REI conference that it wants to expand to a total of 50 Irish stores over the next five years. It opens its latest Irish store in two weeks in Swords in Dublin.

He claimed, however, that its local commercial rivals in Ireland regularly ask shopping centres to attach covenants to leases to restrict it from selling books. He said The Works does not face this issue in its home market in the UK.

“We want a level playing field,” he said. “I want to invest in more Irish stores but I will only invest where I get the best return.”

Mr Keaney said he finds the issue “surprising” and he “hopes it doesn’t continue”.

Over 2,000 delegates and about 160 exhibitors are expected to attend the two-day REI “retreat” at Citywest Convention Centre in Dublin.

Among the speakers at the event earlier on Tuesday morning was Declan Ronayne, chief executive of Grafton Group’s DIY retailer, Woodies.

The Woodies network, Mr Ronayne said, has eschewed high-stacked shelving and is reformatting many stores to give them a “softer” look and feel. Woodies has made specific efforts to target female customers, as well as involving staff in charity efforts, he said.

Delegates were also addressed by US business and motivational speaker, Bob Phibbs, a sales trainer who operates under the moniker, “the Retail Doctor”. The conference was opened earlier on Tuesday morning by Brian Cody, the 11-time All Ireland winning Kilkenny hurling manager, who gave a speech on leadership.