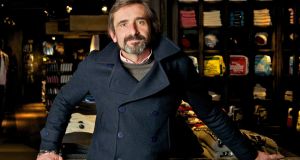 Julian Dunkerton, the founder of British fashion group Superdry, has become the firm’s permanent chief executive after he won an acrimonious battle for control in April.

Mr Dunkerton, the group’s biggest shareholder with an 18.5 per cent stake, rejoined the board in April, prompting the existing directors, including chief executive Euan Sutherland, to resign en masse. Having served as interim chief executive since April 2nd, Mr Dunkerton’s title will now be chief executive and his contract will run until April 2021.

Mr Dunkerton’s return followed a string of profit warnings as the retailer struggled to expand beyond its sweatshirts, hoodies and jackets with random Japanese text and as demand fell in its wholesale and ecommerce business. In July the group reported a pretax loss of £85.4 million pounds for the 2018-19 year. Its shares have fallen 56 per cent over the last year.

Superdry’s board said Mr Dunkerton had agreed to continue in the role, overseeing his strategy to restore the brand to its design-led roots and lead the business back to growth. “Today’s announcement reflects the board’s unanimous view that he is the right person to lead the business through this initial crucial phase of the turnaround,” it said. Superdry said the board’s nomination committee will continue the process to find a long-term chief executive successor. Mr Dunkerton said his plan was “seeing early signs of progress” but cautioned “this will take time”. - Reuters

1 Columbia Sportswear defies gloom with first Irish standalone shop
2 Restaurants file court actions against insurers over lockdown losses
3 ‘The rental situation stops me moving back home’
4 Why are markets booming when a crash is on the way?
5 How to further divide the economy using the wage subsidy
6 Second Covid-19 outbreak and no-deal Brexit an appalling vista
7 Could your old car be giving away all your secrets to its new owner?
8 VAT cuts are for businesses – consumers will still pay the same
9 Red tape logjam creates fear for Irish timber supply
10 Former Worldspreads chief Conor Foley faces €730,000 fine
Real news has value SUBSCRIBE