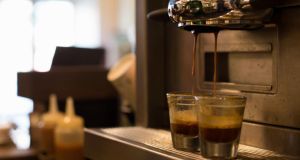 Starbucks suffered its first ever drop in UK sales last year, a period when the company became the subject of boycotts and public criticism over its tax practices.

Accounts for Starbucks’ main UK subsidiary, Starbucks Coffee Company (UK) Ltd, showed turnover fell in the year to the end of September 2013 to £399 million pounds from £413 million pounds in the previous year.

The drop follows 16 years of consistent and strong growth, and comes despite the business “being supported by an improving economic environment” the accounts said.

Starbucks was not immediately available to comment on the accounts and why UK sales fell.

The US-based company triggered a media storm, store pickets and customer boycotts after Reuters reported in October 2012 that Starbucks had told the UK tax authority its British arm was a loss-making business while informing investors that the subsidiary was profitable.

Corporate tax avoidance has risen to the top of the international political agenda partly as a result of public anger at Starbucks tax affairs. The company was asked to testify to a parliamentary investigation and prime minister David Cameron told a meeting at the World Economic Forum in Davos that companies that avoided paying tax needed to “wake up and smell the coffee”.

In response to the criticism, Starbucks agreed to pay £20 million in tax over 2013 and 2014. It has already paid £15 million, the accounts said. The company has said it follows all tax rules. Starbucks Coffee Company (UK) reported a loss for the year to September 2013 of £20 million , after deducting inter-company payments such as royalties for the use of the Starbucks brand, which the company agreed in 2012 not to deduct for tax purposes.

Last week, Starbucks said it would move its European headquarters to London from the Netherlands this year and pay more tax in the UK as a result.

4 Why the sudden scramble to add sustainability to the C-Suite?