About 25 cases being taken against insurers and underwriters 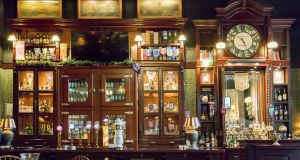 The restaurants are seeking a declaration from the court that their policies cover them for losses caused by the lockdown. Photograph: iStock

About 25 restaurants have filed High Court proceedings against their insurers in relation to the losses they have incurred because of the coronavirus lockdown, and the Restaurants Association of Ireland (RAI) has up to 140 members with potential claims, according to Georgina Robinson, a solicitor acting for the restaurants.

Pubs and restaurants are in dispute with their insurers over whether their policies cover them for the loss of income caused by the lockdown. It is not clear which sector will see the first test case come to court.

In May a number of cases taken by pubs against FBD insurance were entered into the commercial list of the High Court on the expectation they would serve as test cases for more than 1,000 pubs that are arguing that their insurers should pay out for the losses incurred as a result of the lockdown.

The dispute with FBD has been listed for October 6th and the hearing is expected to take up to two weeks.

On Thursday, Robinson O’Neill solicitors, Dublin, lodged proceedings on behalf of a number of restaurant operators against Specialist Underwriting Services, of Windy Arbour, Dublin. Cases are also being taken against other insurers and underwriters.

The restaurants’ cases are being taken by a different legal route to the cases being taken by the pubs, and it is not clear which will come to court first.

“Our strategy is to get the cases heard as quickly as possible, perhaps before the cases that the pubs are taking against FBD,” said Adrian Cummins, chief executive of the RAI. “Let’s see now how the insurance companies react.”

A spokeswoman for Specialist Underwriting Services said it did not wish to comment.

The pubs are seeking a full court hearing involving witnesses, with the claims including disputes over assurances some pubs say they were given about their policies covering the coronavirus pandemic.

The October hearing will deal only with the issue of liability, and the outcome is likely to be appealed.

If the pubs are ultimately successful, then the matter goes back to court for consideration of the topic of “quantum”, or how much compensation the pubs should get.

There would be no need for witnesses for such a hearing and it is possible the legal submissions could be made in one day.

If the restaurants are ultimately successful, the issue of quantum would then be decided by way of a separate hearing.

At the moment the ability of the High Court to hear cases involving witnesses is severely restrained because of the public-health guidelines associated with the pandemic.

A key matter for both the pubs and the restaurants is whether a clause in their policies covering them from losses arising from the outbreak of disease within a certain defined radius of their business, applies to a pandemic where the whole State was the subject of a lockdown.

“Our premium has gone up every year and in the five years I’ve been here we’ve never had a claim,” he said, adding that he paid about €8,000 for insurance this year.

Mr O’Hara said his broker had suggested to him that he might receive a reduction in his premium for the months he was closed as a result of the Covid-19 crisis.