Teneo joins initiative to make ‘Juneteenth’ a paid holiday in US

HP, Airbnb and Starbucks among companies pledging to mark ending of slavery in US 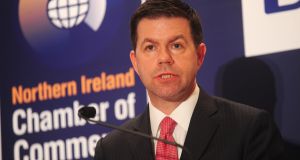 Declan Kelly, chairman and chief executive of Teneo: ‘We are committed to doing everything we can to help encourage additional companies to sign up for the Juneteenth pledge.’ Photograph: Arthur Allison.

Teneo, the Irish-founded advisory group, has partnered with large companies such as HP, Airbnb, Starbucks and Under Armour on an initiative to get June 19th, a commemoration of the ending of slavery in the US, designated as a national paid holiday in the US.

In addition, the partnership will also mean that those companies will offer employees outside of the US a paid holiday day to mark the emancipation of enslaved people.

The project is called the “Juneteenth pledge” and Teneo chairman and chief executive Declan Kelly is among those supporting the initiative.

“The private sector will play a critical role in helping drive change across society as a whole, and we are committed to doing everything we can to help encourage additional companies to sign up for the Juneteenth pledge as well as signing it ourselves,” said Mr Kelly, who is based in New York but hails from Tipperary.

The initiative is being pushed by international advocacy group Global Citizen, which is seeking to recruit private sector groups to sign the pledge.

“At Global Citizen, we believe that the world’s history of injustice and the promise of freedom must be acknowledged; and we need a national dialogue on how this shapes our collective future,” Hugh Evans, chief executive of Global Citizen, said.