Cantillon: Reopening of hairdressers and barbers looks great from this angle 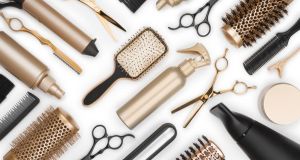 The Irish Hairdressing Federation has a 100-plus list of safety protocols to protect staff and customers from Covid-19. Photograph: iStock

How come X is reopening, when the more important Y is still shut down? Why are selfish others celebrating the return of A, when there barely seems to be any discussion about the obviously more crucial B? These sentiments, heard as different strands of Irish society open up at a variety of paces, are born of understandable frustrations. That doesn’t stop them being fallacies.

The publican busy devising food menus isn’t responsible for delays to non-Covid healthcare. Keeping the shutters of Ikea or Penneys down wouldn’t bring schools back any faster. All normal human activity can’t be suspended until public services are perfect.

So it should be a cause of guilt-free joy and relief for those in need of their skills that hairdressers and barbers will be back in business from June 29th.

The Irish Hairdressing Federation (IHF) has persuaded both the National Public Health Emergency Team (Nphet) and the Government that its 100-plus list of proposed safety protocols will protect staff and customers from the virus. It had noted that if the sector was forced to stay closed until the original reopening date of July 20th, its shutdown would have lasted for 18 weeks when the average time salons were closed in other EU countries was six to eight weeks. There was talk too of hairdressing going underground: have scissors, will travel.

Most importantly, the virus is in retreat, so the risk of gowning and masking up for professional snipping and styling is low enough to take – if it wasn’t, Nphet would have found it easy to brush the IHF aside. Big hair, maybe, but there is no such thing as Big Hairdressing. The federation has never been mentioned in news reports as much as it has in the last two months. It is not a lobby group with one tong in the corridors of power, as the visual evidence from the Dáil proves. The wider beauty sector, meanwhile, is characterised by low to modest pay, insecure employment terms and hard work.

Not everyone subscribes to the Fleabag manifesto that “hair is everything”. But you don’t have to be personally craving a cut or dye to acknowledge the mood lift they will give to people who are.