Retailer, which trades as Penneys in Ireland, opens outlets in NJ and Pennsylvania 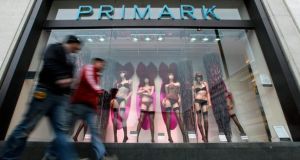 Primark, the Dublin-headquartered retailer that trades in Ireland as Penneys, has continued its expansion in the US with the opening of two more stores.

The retailer, which opened its first store Stateside last year, this week opened stores in New Jersey and Pennsylvania. This brings to five, the number of outlets the company has in the US.

Primark said it intends to open in another five locations shortly, with new stores planned in Burlington and Braintree, both in Massachusetts, in East Rutherford, New Jersey, and in Staten Island and Brooklyn.

The retailer, which entered the market with two openings in Boston and Pennsylvania last September, edged up its full-year earnings forecast in February, based in part due to the strength of US sales.

“We are pleased to open our fourth and fifth stores in the US as we continue to receive extremely positive customer feedback during this time of growth in the Northeast,” said Paul Marchant, Primark chief executive.