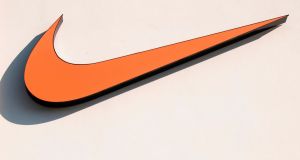 The brand’s digital sales, especially in North America, helped offset falls in sales at traditional brick-and-mortar stores due to Covid-19 restrictions and social-distancing measures. Digital sales surged 82 per cent in the first quarter ended August 31st, with at least double-digit rises recorded in all regions. In the prior quarter, Nike reported a 75 per cent increase in online sales – nearly a third of total revenue, a goal Nike had previously set for 2023. “We know that digital is the new normal. The consumer today is digitally grounded and simply will not revert back,” Nike chief executive John Donahoe said.

Nike said it expected fiscal full-year revenue to rise between high single digits and low double digits versus last year, saying second-half sales would be “up significantly”, even though first-half growth would be flat.

At least seven brokerages raised their 12-month price targets on the stock with the biggest bump coming from Jefferies analysts, who raised their target to $117 from $95.

Jefferies analyst Randal Konik said that improvement in North America is the “biggest positive surprise” from Nike’s results, and expects the Oregon-based company to do well in the long term, as consumers focus more on health and wellness.

Nike’s results should come as a relief to investors after the company, just a quarter ago, reported a surprise loss of $790 million as retailers cancelled orders and people kept away from Nike stores in key markets including North America, Europe and China.