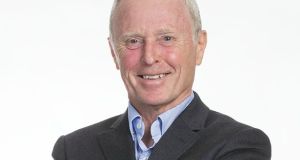 Beannchor group founder Bill Wolsey: “The idea that people would have to get visas to come and work for us would be the death knell for our business.”

Bill Wolsey, founder and managing director of Northern Irish hospitality group Beannchor, has confirmed plans to expand his Little Wing Pizzeria chain to the Republic with at least five outlets planned in Dublin.

Speaking to The Irish Times shortly after being named EY industry entrepreneur of the year late last week, the businessman said the planned expansion comes as the company seeks to deal with the impact of Brexit on its business.

Mr Wolsey said the hospitality group had experienced hiring difficulties “practically overnight” following the vote by the UK to leave the European Union in June 2016. These problems have continued to the present day, he added.

“Brexit is hugely worrying both for the hospitality sector, which is growing strongly, but also for Northern Ireland as a whole. We have had peace here for quite some time and there is a whole generation that knows nothing about the Troubles. I hate to see all of that at risk,” Mr Wolsey said.

“The idea that people would have to get visas to come and work for us would be the death knell for our business,” he added.

Little Wing, which first opened its doors for business in October 2009, has now grown to eight outlets in the North.

The Beannchor group announced its first foray into the Republic last year with news that it was to invest €25 million on a 100-bed hotel on Capel Street in Dublin. The hotel is to be the second under the Bullitt brand. The first opened in Belfast in 2016 and Mr Wolsey said he also intends to expand the brand to England on completion of the Dublin hotel.

Beannchor owns more than 40 pubs, a chain of restaurants and a number of four- and five-star hotels, including the Merchant Hotel in Belfast.

One of Northern Ireland’s largest employers with more than 750 staff, the group recorded a 23 per cent rise in revenue last year to £23.7 million (€26.8 million).