Garvey group back in profit despite writedowns 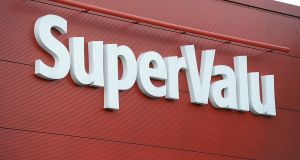 The Garveys own SupValu stores in Kerry, Limerick and Waterford, plus the Dingle Skelligs hotel and the Dingle Benners. Photograph: Cyril Byrne

The family-owned Garvey Group of Supervalu stores and hotels, one of the biggest private companies in Munster, returned to profitability last year despite impairment charges associated with a boomtime property commitment.

The group was founded by Tomas Garvey from a corner shop in Dingle, Kerry, but now comprises nine Supervalu stores throughout the southwest, as well as two hotels in Dingle. It employs 750 staff.

Sales fell last year by €3 million to about €116 million, while operating profits were down 10 per cent to €2.6 million, according to accounts recently filed for its holding company, Commidare Holdings.

The group took an impairment provision of €3.8 million, after a contract to buy a retail store for €6.3 million crystallised, forcing it to take an immediate writedown.

The group crept back into net profitability, however, with a small gain of less than €80,000, compared to loss the prior year of €2.3 million.

The accounts reveal the group made a €1.9 million gain on the value of a quoted investment, while it also booked a profit of €1.6 million on the sale of shares in a listed company.

The Garveys were major backers of hotelier Pat McCann’s Dalata group, prior to its flotation a couple of years ago, and appear to have held a relatively substantial stake.

The group held €6.3 million worth of shares in a listed company, presumably Dalata, at the year end. The accounts note, however, that by the middle of June when the accounts for 2015 were signed off, the value of the investment had fallen to €4.2 million.

This roughly correlates to the approximately 27 per cent drop in Dalata’s share price over the same period, according to records in the stock exchange.

Despite recording accounting losses in some recent years, and taking several imairments on the value of its assets, the group is in a solid financial position.

According to the accounts for Commidare, shareholders funds totalled about €17 million. It had bank loans of €35 million, but its property assets were worth far in excess of this figure.

The accounts also noted that the Dalata shares could be sold if cash was needed quickly.

The Garveys own Sup Valu stores in Kerry, Limerick and Waterford. They also own the Dingle Skelligs hotel and the Dingle Benners.