Flutter to ask shareholders to take dividend payment in shares 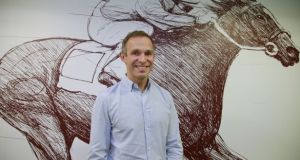 Paddy Power owner Flutter Entertainment’s US casino partner, Boyd Gaming, has put most of its 25,000 workers on unpaid leave in the face of a month-long Covid-19 shut down.

The news comes as Flutter Entertainment confirmed plans to pay a dividend of 133 pence to shareholders, but in shares rather than cash.

The company said it would put the proposal to shareholders at an annual general meeting due to take place next month. It needs their approval before it can proceed with the share payout.

Flutter’s US subsidiary Fanduel offers sports betting in partnership with Boyd Gaming at the group’s casinos in a number of states.

Boyd chief executive, Kevin Smith, said in a statement that it was placing most of its 25,000 workers on unpaid furlough to ease the cost of the coronavirus shutdown.

Mr Smith called the measure a last resort. Boyd is continuing to cover insurance and healthcare plans for workers enrolled in such schemes while they are on leave.

The company borrowed the remaining $660 million of an existing credit line in mid March to cover the cost of casino closures. An Australian investment bank recently said Boyd had enough cash to cover nine months of not trading.

Mr Smith said that executives along with Boyd’s corporate and property managers, who are continuing to work, would take “significant” pay cuts.

Fanduel needs a physical presence in each US state where it offers on-line sports betting. Boyd provides this through a partnership the pair agreed in 2018.

The US federal supreme court lifted a ban on individual states allowing residents to bet on sports including football, baseball and basketball in May 2018.

Irish-headquartered Flutter, which has businesses in Europe, Australia and the US, announced recently that it would pay its £1.33 a-share final dividend in shares to preserve its cash.

Coronavirus restrictions have cancelled most of the sports events on which its customers bet.

The company confirmed plans to distibute the stock dividend in lieu of cash. A statement said that the rate would be calculated with reference to the closing mid-price over five consecutive days commencing on the ex-dividend date, Thursday April 9th.