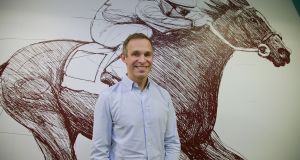 Peter Jackson: he was paid £2m in salary, bonus and other benefits in 2019, compared with £1.66m a year earlier. Photograph: Nick Bradshaw

Irish-headquartered betting giant Flutter confirmed on Monday that it would hold its annual general meeting in Dublin on May 14th.

The group, which owns Paddy Power and Betfair, plans to merge with Skybet and Full Tilt Poker parent The Stars Group to create a betting business potentially worth €12 billion.

Flutter’s annual report shows that it paid Mr Jackson £2 million in salary, bonus and other benefits in 2019, compared with £1.66 million a year earlier, his first year at Flutter’s helm.

Flutter appointed Mr Hill as chief financial officer in October 2018. His total package for working in the role during the closing months of that year came to £149,000.