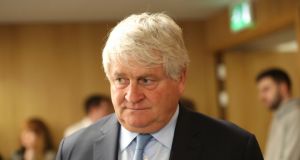 In a statement, the company said chief executive Sean Corkery is to step down with immediate effect after five years at its helm. He will remain chairman of the company for the foreseeable future.

Actavo announced the appointment of Brian Kelly as its new chief executive. He will be taking up his position in the coming weeks.

The company employs 5,000 people in the Republic, Europe, Canada, Caribbean, US and Central Asia.

Its operations include cable installations for the likes of Virgin Media and Sky, and for Google in the US. It also provides maintenance for oil and gas and shipping industries in the UK and Central Asia.

Actavo said Mr Kelly holds “values in safety, certainty in delivery and teamwork”, and is a “senior internationally experienced executive, with a strong engineering background”.

His recent roles were in Australia from 2009 to 2017 where he was senior regional executive, Asia Pacific for SNC Lavalin and country manager for Australasia (Australia and Papua New Guinea) for Kentz.

He also had a number of project management and project engineering roles in the Middle East from 2005-2009. Prior to Kentz he was a project engineer with ESB International executing projects in the Republic, Syria and Spain.

Speaking ahead of his departure, Mr Corkery said the company was in a “strong position” going forward.

“I am delighted to have been part of a journey, where we developed from an amalgam of different businesses into a strong unified brand; have grown considerably in the period; and expanded into new markets in the United States and Kazakhstan,” he said.

“The company is in a strong position now, to look positively to the future. I would like to take this opportunity to thank each and every one of my colleagues in Actavo for their hard work, determination and focus in support of our common goal.

“I look forward to working with Brian on a smooth transition over the coming months and I wish him and all who work in Actavo every success for the future.”