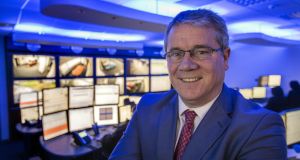 Irish security monitoring company Netwatch has merged with companies in Britain and the US in a deal funded by private equity firm, Riverside.

The newly-formed Netwatch Group will include the Carlow-founded group as well as the California-based National Monitoring Centre, CalAtlantic in Texas and Onwatch Multifire, which is based in Sussex.

As a result of the expansion, the company intends to double its current workforce of 220 employees.

The largest shareholder in the new group will be Riverside. Netwatch founders David Walsh and Niall Kelly will together be the second largest shareholders. The chief executives of the three other firms being merged into the wider Netwatch group will also have equity in the company and will retain management roles in the business.

“We have ambitious growth plans which we will achieve through organic growth and further acquisitions,” said Mr Walsh, Netwatch chief executive. “There is increased demand for visual monitoring from enterprise customers, driven by the continuing evolution of technology and advances such as artificial intelligence, Deep Learning, 5G and the internet of things.

“We have the proprietary technology, developed by our research and development team in Carlow to meet this demand.”

Netwatch, which has contracted revenues in excess of €60 million, has secured investment from a variety of sources over the past number of years. In December 2014, the company got €1 million from a Davy fund and in June 2016 it received €9 million from BDO.

Following investment from private equity firm Riverside, both Davy and BDO will no longer be involved in the business.

Riverside typically invests in growing businesses valued at up to $400 million. Since its foundation in 1988, it has invested in more than 520 transactions and its current international portfolio includes more than 75 companies.

“We are delighted to back the management team as they realise their ambitions. This is our first investment in Ireland and we look forward to supporting more Irish companies that seek to become global players in their sectors,” Riverside’s Dr Martin Scott said.

“Netwatch revolutionised the Irish security market with its business model and innovative remote visual monitoring technologies and has an ambition to lead the sector globally. It now monitors client sites on four continents and has grown rapidly since its foundation,” he added.

Mr Walsh noted that the mergers, specifically in the US, will aid with growth considering the potential of the markets involved.

“The combined strengths of NMC and CalAtlantic together with the Netwatch offices in Boston, Chicago and New Jersey provides a very strong platform. This along with the addition of 1,000 resellers in the US will be transformative for us as we grow our presence in the US market,” Mr Walsh said.

He also flagged the addition of Onwatch as a help in insulating the company from the impact of Brexit. “[Onwatch] expands our base in a market that holds significant opportunities and will be the focus of renewed attention for us in the future.”

Separately, Netwatch also announced it had appointed Samir Samhouri, also a shareholder in the group, as chairman to aid with its global expansion strategy.