Coronavirus: NI businesses have ‘not seen a penny’ of promised grants 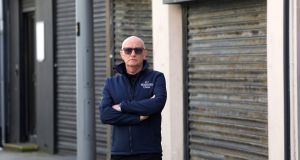 Emergency Covid-19 funding from the Northern Ireland Executive is taking too long to reach pubs, hotels and restaurants, which have run out of money and can no longer pay their staff or bills, industry leaders are warning.

“People are desperate, they don’t know where to turn to,” said Colin Neill, chief executive of Hospitality Ulster, the umbrella group for the sector in the North.

Mr Neill said that despite promises from the UK prime minister, who ordered “our pubs, our restaurants and our hotels to close and lay off our staff and they would be paid”, no one in the industry has yet received one penny of support.

The Northern Ireland Executive has said it will provide a one-off grant of £25,000 (€29,000) to businesses in the hospitality, retail and tourism sectors to support them during the coronavirus crisis.

But businesses in the North are unable to apply for this grant until April 20th, and pubs, restaurants and hotels who opted to furlough their employees rather than lay them off also cannot apply for wage costs under the coronavirus job retention scheme until later this month.

Mr Neill said: “We are now at a point where businesses have run out of cash to give to their staff. It is okay saying the grants are coming, but that’s like telling someone that a lifeboat is coming in when they are in the water and don’t have a minute left. The problem is the grants aren’t coming fast enough. There are some businesses now that are closed that will never be able to reopen.”

Hospitality Ulster estimates that, across the sector, 10-12 per cent of pubs, 15 per cent of hotels and 25 per cent of restaurants are currently “at risk”.

Mr Neill said the North’s First Minister had personally contacted him on Tuesday with a pledge to the hospitality sector that the £25,000 grants would be “paid as soon as verified in days, not weeks”.

But for businesses such as the Salty Dog Hotel and the Boat House restaurant in Bangor, time is running out.

Ken Sharpe, who owns both establishments, said he was fighting to save his staff’s jobs.

“Saving the lives of those who have been struck down by this horrendous illness is of course the priority for all of us. Running a hospitality business in the midst of a pandemic is also something that nobody can have been prepared for. I have been in hospitality for 34 years but nothing has prepared me for the last few weeks.”

He said hospitality business owners were initially relieved when they were promised financial support from the Northern Ireland Executive to see them through the coronavirus crisis, but there has been “no clarity” on when any money would arrive.

“I have no idea how I am going to be able to pay my staff anything for the last two weeks of April, so I would appeal to our elected representatives to help my staff as they fight to keep a roof over their heads.

1 Covid-19 has distracted us from the looming threat of Brexit
2 Two men face fraud charges over £1.2bn sale of Nama’s NI loans
3 Project Eagle: What was it and why is it in the news?
4 Wifi problems? Quick tips to get your home internet out of the slow lane
5 AIB defends ‘incredibly’ high €1.2bn loans charge as 2008 haunts
6 Innovation: From camping to child play and stroke rehabilitation
7 Irish agritech company MagGrow raises €6m in funding
8 Are days numbered for Bank of Ireland’s ‘subscale’ Northern Ireland unit?
9 How safe is it to go back to the office?
10 Irish businessman battles to save New York building firm
Real news has value SUBSCRIBE