Group, which also owns Meadows and Byrne, records 2019 turnover in excess of €41m 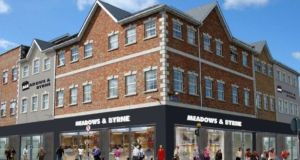 The Blarney Woollen Mills Group continues to bounce back after struggling during the recession, posting a rise in profits and revenues last year.

The group, which comprises the well-known clothing and furnishing retailer of the same name, as well as the Meadows & Byrne homeware chain and hotels in Cork and Clare, reported pretax profits of €4.4 million for the 12 months to the end of January 2019. This compares to a profit before tax of €3.7 million a year earlier.

During the reporting period, turnover rose to €41.6 million form €40.1 million.

A breakdown of turnover shows €28.7 million came from retail sales, with a further €9.2 million arising from hotel and restaurant sales. It also recorded €3.1 million in revenues from manufacturing knitwear.

Having been hit hard during the downturn, a period during which it shut its flagship Dublin outlet on Nassau Street, the company has returned to profitability in recent years after refinancing its banking facilities.

Separate accounts for Blarney Woollen Mills Limited show it recorded turnover of €18.2 million last year, up from €17.8 million a year earlier. Pretax profits totalled €2.5 million, up from €1.37 million for the 12 months to the end of January 2018.

The Blarney Woollen Mills Group is owned by members of the Kelleher family, whose father Tim began his business career selling trinkets to tourists kissing the Blarney Stone. He bought Mahony’s mill in 1974 and from there built an empire, which fell apart when a family feud in the late 1990s led to the business being split into two separate companies.