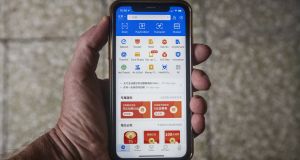 The Chinese payments company has said it wants to sell at least 10 per cent of its shares in a dual offering in Hong Kong and Shanghai, and one person close to the process suggested it was considering selling as much as 15 per cent at a valuation of between $200 billion (€169 billion) to $300 billion (€253 billion).

That could see it exceed the $29.4 billion raised in an IPO by Saudi Aramco last year. Two people with direct knowledge of the situation said Ant would meet investors in the coming days to determine the exact pricing and size of the offering.

Ant’s valuation rests on the dominance of Alipay, which is used monthly by more than 700 million people and 80 million businesses in China to make mobile payments, invest in mutual funds, buy insurance and pay bills. Alibaba, which holds a 33 per cent stake in Ant, is increasingly aggregating all of its services into the Alipay “superapp”.

Last year, Ant saw its revenues rise 41 per cent year on year to Rmb120.6 billion. Payments contributed 43 per cent of the total, with 35 per cent coming from loans it originated. Ant’s net profit in the first six months of this year reached Rmb21.9 billion, exceeding last year’s full-year total.

But Ant has run into regulatory concerns about its outsized role in China’s financial sector and has emphasised its role in selling technology to other financial service groups in recent years. This summer it changed its name from Ant Financial to Ant Group.

The company warned investors of regulatory risk to its business several times in its prospectus, noting the financial services industry “is subject to evolving and extensive regulation”. US-China tensions could also hit its cross-border payments business, Ant said, which it is keen to expand.

In 2011, Jack Ma transferred Alipay – as Ant was then called – out of Alibaba into an entity that he controlled, triggering a dispute with Yahoo and SoftBank, two of Alibaba’s largest shareholders at the time. Mr Ma said it was to comply with Chinese regulations prohibiting foreign ownership of financial businesses.

Today, Mr Ma has voting control over the company through two partnerships that hold a 50.5 per cent stake of Ant.

The company said it would use the infusion of capital from the IPO to expand its user base and its product offerings, including its cross-border payments business. It will also invest in research and development.