Results from Trinity Biotech and McDonald's plus US Fed rate decision 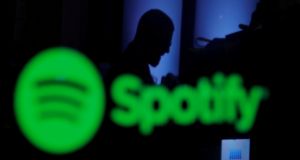 The Small Firms Association presents the future of business as an almost apocalyptic inevitability – a fourth industrial revolution, it says, shaped by artificial intelligence, the internet of things, big data and smart technologies.

“Research shows that since 2000, 50 per cent of Fortune 500 companies no longer exist. Technology is disrupting business on a seismic scale,” its 2019 Smart Business Conference website warns.

“Every industry has been impacted and this will continue. Small businesses must be able to adapt to these changes in some form or they will not survive.”

It is almost enough to intimidate small traditional companies out of business, but of course this year’s conference is about exactly the opposite of that.

And in keeping with its introductory tone, it adopts an “innovate or expire” approach – where members can learn the ways of the future and how to navigate it or cease to be.

Much is said about today’s business world pushing to elevate more women, particularly into boardroom and senior management roles.

The food retail sectot can certainly be said to be doing its part – on Friday the Today’s Women in Grocery (Twig) group will host an event attended by an impressive 460 people to pursue such ambitions.

Lead speaker on the day is Kari Daniels, chief executive of Tesco, a leading grocery position that is hard to outdo.

“Since its establishment Today’s Women in Grocery has provided an important forum for women across our retail, grocery and food industries to support each other on their shared ambition to see more women break through to the senior ranks of our industry,” she said ahead of the event.

Visible events such as these are important in an area of social change that has proven mixed in Ireland.

A study by the IESE business school at the University of Navarra in Spain late last year placed Ireland third out of 34 countries in the “business leadership” category. Impressive if not for a survey two months earlier by recruitment company Korn Ferry that found women comprise just 13 per cent of the boards of listed Irish companies.

This may all be academic to Friday’s Twig gathering, whose intentions are displayed in numbers. Founded just three years ago, it aims to encourage more female participation in industry events and initiatives by providing a female focused professional networking forum.

1 Who are Ireland’s 17 billionaires?
2 State subsidises public sector retirees to cover gap until State pension
3 My father in a nursing home wants to gift me his house
4 Are there annual limits on inheritances or gifts to a child?
5 Swiss police suspect Davos plumbers of being Russian spies
6 Corporate tax change is inevitable, says Donohoe
7 Domino’s Pizza spared costs despite losing appeal
8 Countries that fail to attract immigrants will lose out – Microsoft chief
9 Property firm sues engineering company over waterproofing of basement
10 Disney Plus and Baby Yoda available to Irish subscribers the week after St Patrick’s Day
Real news has value SUBSCRIBE