Q&A: Dominic Coyle: ‘I suspect your friends face a difficult and costly time’ 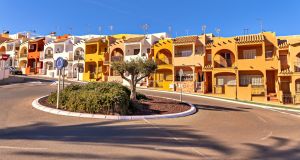 Undeclared foreign property could land you in big trouble with both the tax authorities and the Department of Employment Affairs and Social Protection.

Over eight years ago, some property was inherited by people residing in Ireland who, at the time, were in receipt of social welfare. This property in Ireland was sold and, from the sale of this, a property abroad was bought for €70,000.

The property abroad is now being sold and the intention is to lodge the monies from the sale into their bank account in Ireland.

My question is what are the tax implications if the property abroad or their bank account abroad was never declared to Irish Revenue in the first place? No income came from the rental of this property but €4,000 profit was gained from the sale of this property.

They would like to legally lodge this money at home and need some advice re same. They are still in receipt of social welfare.

In the circumstances, I can understand why you might be reluctant to be any more specific in whom exactly we are talking about here. These “people” face potential issues with both the Revenue Commissioners and the Department of Employment Affairs and Social Protection.

You ask what the tax implications might be if the property “or their bank account” abroad was never declared to Irish Revenue in the first place.

If the bank account was set up with money already taxed in Ireland – or somewhere else under a double taxation arrangement with Ireland – all is well and good. However, given that you concede the people concerned did not notify the relevant authorities of their inheritance before selling the property and investing it abroad, I have little confidence that anything in the bank account went through the Irish tax ledgers.

And that would be very bad. Over three years ago, Revenue launched a very particular amnesty. It targeted people who had undeclared assets abroad. They were given up to the start of May 2017 to let Revenue know about those assets and settle any tax bills owing.

Revenue warned at the time that errant taxpayers would no longer get any credit for approaching it with details of offshore assets and earnings after the May deadline. Instead, Revenue would treat the holding of hidden offshore income as deliberate tax evasion and impose penalties of up to 100 per cent of any tax due.

It’s not as though this was some low-key campaign. Letters were sent to 500,000 taxpayers and I wrote extensively about the issue over a number of months in this paper. Other papers and broadcasters also covered the issue.

And Revenue made it clear that new automatic exchange of information procedures between Ireland and 100 other states mean that the Irish tax authorities would have unprecedented access to details of Irish residents’ offshore assets from then on. And it is not like we are just a week past that deadline: it’s over three years ago.

More than 2,300 taxpayers got in touch with the Revenue ahead of the deadline earlier this month to admit that they had undeclared income offshore. From what you say, it would appear the people about whom you are writing did not.

That means they will face significant penalties on any undeclared money in this foreign bank account – including on any interest earned on the account, though precious few bank accounts offer any interest worth talking about these days.

And if these people are on social welfare, as you mention, then the sort of penalties that will be imposed by Revenue are going to put them under stress financially.

As I say, this all presumes the money in the account is undeclared and untaxed. If it is “clean”, then there is no problem – although that would also include them having declared to the Revenue any interest earned on the bank account annually.

Inheritance and the investment

Then there is the issue of the inheritance and the investment. There are two issues here – one potential and one real.

Depending on how many people are involved and what their relationship was to the person who gave them the inheritance – and what they may have inherited from others in previous years – they may, or may not, have a further problem with Revenue over inheritance tax that should have been paid.

With no details, I cannot say anymore than that.

Where they certainly have an issue is with the Department of Employment Affairs and Social Protection.

Not only are these people currently on welfare, but they were in receipt of social welfare back when they first inherited this property. You don’t say what form of welfare but, unless it was a contributory benefit payable on the basis of their past social insurance record, it was subject of a means test.

Welfare takes the means test seriously. Essentially subsistence welfare is designed to help those who cannot help themselves; if they have means, they are expected to make a contribution to their upkeep through a reduction in their weekly welfare payment.

And, apart from assessing cash income, the means test also takes into account savings and investments that you might have – including any inheritances.

As of now these rules state that the first €20,000 of such savings are treated as delivering no income – i.e. the Department is happy that people have some limited savings without having to worry about their weekly payment.

On an asset worth €70,000, and assuming there were no other savings, you would be deemed to have weekly income of €150 a week and your welfare would be reduced accordingly.

These “means” are assessed regardless of whether either the foreign property or the original inherited property was being rented out or not. Welfare does not care whether an asset delivered an income, only that it could do so.

And, if you are on a means tested allowance, any assets held by a couple are considered, not just those of the individual in receipt of the benefit. That assumes the inheritance was held by one person, or, depending on the allowance, by a couple.

Critically, the responsibility is on the welfare recipient to notify the Department when their circumstances change. Failure to do so can lead to fines or a demand for repayment of any money that you should not have received.

Finally, although at least this is not a problem, the €4,000 capital gain is also taxable – outside the first €1,270. Assuming that is a recent transaction, it can be sorted without penalty, interest, or fine.

You’re very vague about the details so my answer is necessarily wide-ranging. There are lots of ifs and buts but I suspect your friends face a difficult and costly time – certainly with welfare and quite likely with the Revenue.