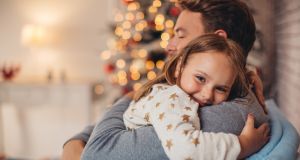 Please advise what inheritance tax category does a person who was legally adopted at birth fall into when the adopted person inherits from either of their birth parents.

It’s an interesting one and not something that has previously cropped up. And, after a week when we have heard the heart-rending stories of mothers forced to give up their children in a State that was a most unforgiving and unchristian place, it is timely.

Not everyone will want to make or keep contact with children or parents after adoption but very large numbers do. And many would like to make provision for those children in their wills alongside any other family or close friends they may have.

A confusion arises because adopted children are now treated differently under the Succession Act and under Capital Acquisition Tax (inheritance or gift tax) legislation.

Under the Succession Act, once a child has been adopted – i.e. an adoption order has been – they no longer have any automatic rights to inherit from their biological parents even if those parents do not make a will. However, they do have a claim on the estate of their adoptive parents if no will is made and that is equal to any natural child those parents may have.

The entirely unsatisfactory arrangements that affect some people in the Mother and Baby Home scandal create a problem here in that, without an adoption order, there is no legal adoption.

In that case, you are relying on status as a foster child, I gather. In that case, your succession rights relate back to the natural parents but that is of little use to most of those children at this late stage when many of those parents are long dead.

But succession rights relate mostly to people whose parents die intestate – without a will. Where there’s a will things are different.

In the first place, while you’ve no automatic right to inherit from a natural parent after you have been adopted, there is nothing to stop them including you in their will if they wish to.

And the good news for people in that position is that, for tax purposes, they will consider to be seen as the child of the biological parents even after adoption.

That wasn’t always the case but a change in the 2001 Finance Act regularised the position. From then, a person is treated as a child of both their natural parents and their adoptive parents as far as inheritance tax is concerned.

That means they are entitled to the highest capital acquisitions tax threshold – Category A – which provides for a tax exemption on all large gifts (over €3,000 in any a year) and inheritances up to €335,000 over a lifetime.

That amount can change year to year. The threshold applying is the one in place at the time each parent dies.

And, as I say, it is cumulative. So if you inherit, say, €150,000 from an adoptive father and then €100,000 from your biological mother, you can only receive a further €85,000 from your remaining two parents - your adoptive mother and your natural father – before tax becomes an issue.

Once you exceed the limit, the tax rate is 33 per cent. And you are obliged to notify the Revenue Commissioners when you reach 80 per cent of that Category A threshold, whatever the figure is at the time.

For those whom it might affect, it is worth knowing that category A can also apply for a foster child where they have lived with the foster parents for at least five years before the age of 18.

One final thing to say, while a child can challenge a will where they feel it does not provide adequately for them given their circumstances and those of the parent, that right of challenge is not open to an adoptive child in relation to their biological parents – but it does apply to any will made by the adoptive parents.