Stocktake: US stock market is an ‘epic bubble’ 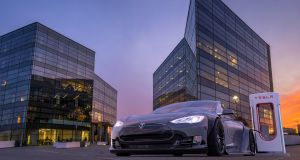 Tesla electric car: Manic activity in stocks such as Tesla is contributing to the fourth great bubble he has witnessed, says Jeremy Grantham of GMO. File photograph: iStock

So said Jeremy Grantham, iconic investor and GMO founder in a strikingly bearish note last week. Grantham has been wary about US valuations for years now. What’s changed is that “wild speculation” was absent in the first 10 years of the bull market that began in 2009, but no longer. He points to “explosive” share price increases, the surge in initial public offerings (there were 480 IPOs in 2020, exceeding 2000’s all-time record) and manic activity in stocks such as Nikola and Tesla.

A Tesla car owner himself, Grantham says Tesla’s market capitalisation equates to $1.25 million per car sold each year versus $9,000 per car for General Motors, adding: “What has 1929 got to equal that?”

Grantham, who famously warned investors about the 1980s Japanese equity bubble, the 1990s technology bubble and the 2008 global financial crisis, says the current market is the fourth great bubble he has witnessed. It is “a privilege to ride through a market like this one more time”, he says, “intellectually exciting and terrifying at the same time”.