Explainer: Why are so many workers facing tax bills for 2020?

If your employer benefitted from the temporary wage subsidy scheme, you will be billed 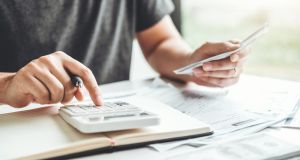 When the temporary wage subsidy scheme was implemented, tax was not deducted at source. Photograph: iStock

Thousands of workers who benefited from State subsidies last year are in line for unwelcome news next week, as Revenue moves to collect unpaid taxes arising from the schemes.

Like other welfare payments such as the State pension and maternity benefit, the Temporary Wage Subsidy Scheme (TWSS) is subject to both income tax and the universal social charge (USC). However, when it was paid out to employees, the subsidy was not subject to tax deductions through payroll, therefore giving rise to a tax liability at year-end.

The scheme, which refunded employers up to a maximum of €410 for each qualifying employee, was introduced in March 2020 to help employers impacted by the Covid-19 pandemic, and ran until August 31st. It was subsequently replaced by the Employment Wage Subsidy Scheme, which does not have the same tax issues.

The method in which the TWSS was paid now means that as many as 660,000 employees could be facing tax shortfalls this month. For many, the tax bills will be unexpected. While Revenue has been clear from the start that there would be a tax implication with the subsidies, many workers will be unaware of the extent of these bills, or even that they face them.

You can check if your employer received the TWSS at revenue.ie /en/employing-people/twss/list-of-employers/index.aspx.

Once Revenue issues preliminary end of year statements on January 15th through its MyAccount service, you will then be able to find out if you owe tax on such payments. Some 2.1 million taxpayers have already registered for MyAccount; if you haven’t, and want to check, you can register at ros.ie. Revenue says you can access the service instantly provided you have certain documentation that verifies your identity.

Given that some employees could be facing four-figure shortfalls, with a mooted shortfall of about €1,200 for someone who received the average payment of €280 a week on the scheme, the delivery of the missives is unlikely to be welcomed.

Employees will have a number of choices if they do have a shortfall: pay it off in full through their own funds; attempt to reduce it by claiming tax credits such as those on medical expenses; hope their employer will pay it; or agree to an adjustment of their tax credits for four years from January 2022 to gradually pay off the bill.

According to Norah Collender, professional tax leader with Chartered Accountants Ireland, the latter will be “very helpful to employees in managing the tax bill”.

Where an employer has agreed to cover the tax shortfall, then they can either pay their employee these funds, which in turn are used to settle the bill via RevPay, or the employer can amend an employee’s last payroll submission of 2020 to account for the tax liability.

While employees can ignore the bills for the time being by not logging into their accounts, Revenue says it will issue letters to all those who are due refunds, or face tax bills, towards the end of the first quarter.