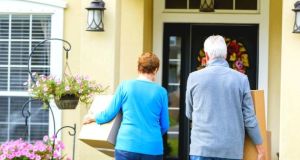 Homeowners aged 60 and over can once again borrow against the value of their homes as a former player returns to the market to service “pent up” demand in the equity-release market.

Seniors Money said on Monday that it has reopened to new applicants, and will offer older homeowners the possibility of borrowing against the value they have built up in their property.

The return of Seniors Money to the market has been expected for some time after the Irish-based management team bought full control of the Irish and Spanish unit from majority backer Quandrant Private Equity in 2018.

Seniors Money once had a loan book of close to €250 million in the Irish market, but stopped lending due to a lack of funds. Last year, however, it secured funding from Deutsche Bank, understood to be sufficient for two to three years of lending, and is now eyeing up significant “pent up” demand here.

“From the volume of unsolicited inquiries that we continue to receive it’s clear that there is strong demand from a significant number of older homeowners who want to use the equity they have built up in their home to provide themselves with the necessary funds to make their home or other parts of their lives more comfortable in the latter part of their working life and in retirement,” said Derek Handley, director with Spry Finance.

A new retail division, Spry Finance will provide information and guidance to those thinking of applying for a lifetime loan, while the loan itself will then be provided by the lending division Seniors Money Mortgages.

Lifetime loans, or so-called “reverse mortgages”, allow older homeowners (60-plus in the case of Spry Finance) to borrow against the value they have built up in their property. No repayments are made on the loan during the lifetime of the borrower; rather interest is added to the loan balance, which grows over time, and the loan is then not repayable until after the borrower dies or moves out of the property.

Depending on how long the borrower lives, however, the interest bill can be substantial as it is compounded each year, so the borrower ends up paying interest on the interest. At a fixed interest rate of 5.50 per cent, for example, the loan balance would double in size after about 13 years.

Lifetime loans are typically aimed at asset-rich but cash-poor homeowners. The borrower retains 100 per cent ownership in their property, and anything left goes to the borrower’s beneficiaries.

The new product is similar to that previously offered to the Irish market by Seniors Money. The amount you can borrow depends on your age and the value of your home – for example, a maximum of 25 per cent of the property value at age 70. The big difference, however, is that the interest rate is fixed for life – at 5.5 per cent – on the new product.