Stocktake: Uber is not the next Amazon

‘If you believe that there are no games played with pricing ... think again’ 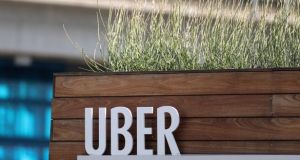 Uber is worth what investors are willing to pay, and that willingness is influenced by the “fear of missing out on the next Amazon”. Photograph: Lucy Nicholson/Reuters

Uber’s upcoming initial public offering (IPO) is a reminder that valuing companies can be a perilous business. Uber lost $3.3 billion last year and has never made a profit. But profits are once again seen as old hat in Silicon Valley these days, judging by the hefty valuations afforded to a raft of other money-losing tech IPOs.

Last year, investment bankers were reportedly estimating Uber could secure a valuation of $120 billion, but that’s been dialled back, with recent estimates ranging from $80 billion to $100 billion (€71 billion to €90 billion). So what’s Uber worth? That depends, says finance professor and valuation expert Aswath Damodaran.

He combed through Uber’s 285-page prospectus and performed a host of calculations, none of which shed much light: Damodaran’s estimates ranged from $47 billion to $124 billion, depending on the metric used. Worse, each comes with a catch, Damodaran said, adding: “If you believe that there are no games that are played with pricing, you should think again!” It’s all in the eye of the beholder, Wedbush Securities analyst Dan Ives said recently.

Uber is worth what investors are willing to pay, and that willingness is influenced by the “fear of missing out on the next Amazon”. That’s a “huge fear”, said Ives, referring to Amazon’s 1997 IPO as a “seminal event in terms of investing in tech stocks”. That’s a pretty lousy reason for buying Uber.

Firstly, Uber is already set to be a megacap stock, whereas Amazon was worth only $438 million in 1997. Secondly, while it’s true you’d have made a fortune buying Amazon, the stock was a freak case, the equivalent of finding the needle in the haystack.

Thirdly, you didn’t need to buy Amazon on its IPO date – you could have done so during the dotcom crash between 2000 and 2002, when the company lost 95 per cent of its value. What’s Uber worth? Who knows, but it’s certainly not the next Amazon.

Microsoft became a trillion-dollar company last week after trumping earnings expectations. Some commentators have asked if Microsoft can break the so-called trillion-dollar curse, noting Apple and Amazon suffered steep declines after becoming the first US companies to break through the 12-zero milestone last year. In truth, there’s nothing inherently unsustainable about the trillion-dollar level.

Stocks rise over time, so it stands to reason more companies will breach and stay above the trillion-dollar level. Apple and Amazon briefly lost almost 40 per cent of their value as part of a wider market rout, not because they broke some unwritten rule by breaching the $1 trillion level. As for Microsoft, optimists see it as safer than Apple because it is so diversified. The iPhone accounted for 63 per cent of Apple’s revenue in 2018; consequently, the stock was bound to get pounded once reports emerged of slowing iPhone sales.

In contrast, Microsoft’s rapidly rising revenues are coming from multiple sources, with its cloud-based services now producing more revenue than both Windows and Office. However, while Microsoft’s revenue outlook appears more stable than Apple’s, this is reflected in their share prices.

Microsoft trades on 26 times estimated earnings, Apple on 16. Microsoft trades on eight times sales, compared to just 3.7 for Apple. Microsoft shares may well continue to outpace Apple’s – who knows – but investors should remember a company’s financial performance cannot be divorced from its valuation.

Microsoft is just one of many high-flying tech stocks. Apple and Amazon have also been hovering around the trillion-dollar level after gaining some 30 per cent, Facebook is up almost 50 per cent, Netflix 40 per cent and Google over 20 per cent.

Tech stocks everywhere are leading the market higher, with the S&P 500’s informational technology sector gaining over 25 per cent this year, 10 percentage points more than the broader market.

Investors shouldn’t be surprised, notes CFRA strategist Sam Stovall. Tech stocks were brutalised during the market downturn in late 2018 and historically, sectors that lose the most during declines tend to be among the best performers in the subsequent recovery.

History also suggests further gains are likely. Sundial Capital Research’s Jason Goepfert found 14 cases where the Nasdaq hit its first new high in at least 100 days; in all but one case, the index was higher a year later. Tech breakouts are even more positive for the broader market, said Goepfert, with risk:reward ratios strongly skewed to the upside over the following six months.

Unloved Europe could continue to gain

European stocks are soaring but still unloved. Despite outperforming the US, emerging markets and Japan in 2019, European equities have been seeing more outflows than any other major region, according to a recent Barclays note. Recent Merrill Lynch monthly fund manager surveys confirm investors remain distinctly sceptical towards Europe.

The irony is further Europe outperformance “could become a pain trade for global investors”, says Barclays, “as no one appears to be positioned for it”.