Stocktake: Is talk of a bubble overstated?

Speculation is ‘running rampant’, but not everything is frothy 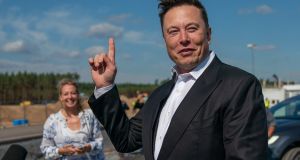 Signs of speculative excess are not hard to find right now – just look at the price action in Tesla and bitcoin. Are markets getting bubbly?

Stocktake reported last week on iconic investor Jeremy Grantham’s claim that stocks are in an “epic bubble”. Grantham has a reputation for being too bearish, but he is not a lone voice. Conversations with clients suggest that “widespread speculation of an imminent stock market bubble” and calls for a “potential sharp correction in the first half of 2021” are consensus right now, said BMO strategist Brian Belski in a recent note.

Elon Musk is now the richest man in the world and Tesla the fifth-largest company in the US, following an eightfold share price rise over the last year. As Bloomberg’s John Authers notes, no large-cap company during the 1999 dotcom bubble increased its market value as much as Tesla over the last year.

However, fevered price action in the likes of Tesla and bitcoin doesn’t mean the wider market is a bubble, points out Ritholtz Wealth Management’s Michael Batnick. Yes, speculation is “running rampant”, but not everything is frothy.

The S&P 500’s recent gains suggest markets are “warm” but not hot. As for fundamentals, the top 10 stocks may well be frothy, trading at 33 times earnings, but the other 490 stocks in the S&P 500 only trade at 19.7 times earnings.