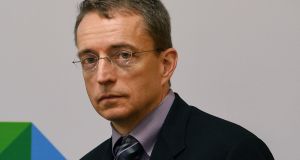 Troubled chip giant Intel is the only semiconductor stock in the S&P 500 that is lower than it was 12 months ago but investors think better times lie ahead, judging by the reaction to the announcement that celebrated chip industry veteran Pat Gelsinger will replace Bob Swan as chief executive officer.

Shares spiked almost 12 per cent following the news. That’s a huge move by Intel’s standards – the biggest jump in 19 years, notes Bespoke Investment. The fact it was triggered by a change in personnel, as opposed to unexpectedly good earnings or company fundamentals, is telling.

Intel has lost market share to AMD and Asian giants Samsung and TSMC, and investors think Gelsinger’s technical expertise – he was Intel’s first chief technology officer, before eventually departing the company for EMC and then VMWare – is preferable to an executive like Swan, who was formerly chief financial at Intel.

Investors hope Gelsinger can “pull a Steve Jobs”, as MarketWatch put it, referring to the late Apple founder’s resurrection of the company following his 1997 return.

However, Jobs is atypical. Studies suggest a chief executive’s impact is dwarfed by factors such as industry conditions, the wider economic climate and a company’s own internal culture. Enthusiasm regarding new chief executives is often short-lived; one analysis of market reactions to new chiefs found only 40 per cent of stocks that spiked 5 per cent sustained their gains. In contrast, 79 per cent of stocks that fell 5 per cent or more went on to enjoy long-term gains.

Investors can have an “unrealistic expectation that new leaders will act as saviours”, the authors cautioned – a message Intel shareholders should note.