Stocks are vulnerable to further bad news; things may get worse before they get better 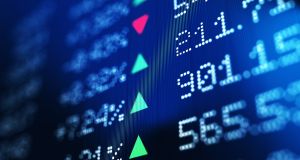 A bear market rally? Like Howard Marks, Goldman Sachs is cautious about the idea that stocks have bottomed. If stocks bottomed on March 23rd, it would represent the fastest peak-to-trough move in market history, at just 23 days. Historically, the median bear market has taken 17 months to bottom, while none have done so in less than three months.

Strong rallies often occur in bear markets, cautions Goldman, only to eventually hit new lows. Valuation is another problem. Stocks have tanked 25-30 per cent but Goldman estimates US and European earnings will fall 33 and 45 per cent, respectively, suggesting indices could move towards and possibly through their March lows. Bottom-fishers should look out for three conditions, says Goldman. One, a slowdown in the spread of coronavirus in the US. Two, evidence that the enormous measures taken by policymakers are sufficient to limit defaults, layoffs and business closures. Three, investor sentiment needs to bottom out.

Goldman’s composite US Equity Sentiment Indicator has declined by only 1.4 standard deviations, compared with falls of between two and three standard deviations in recent corrections. On that last point, State Street’s Investor Confidence Index showed only a “modest drop” in March, hinting at “an element of hope that this downturn will be short-lived and that policy measures already in place will be enough to restart the economy once the storm passes”.

This suggests stocks are vulnerable to further bad news; things may get worse before they get better.

1 Spare me the city-dweller’s longing for a rural idyll
2 MSD buys Takeda biologics plant in Dunboyne
3 Could Aer Lingus really go bust?
4 He’s almost 82 but Larry Goodman has plenty of moves left
5 Ireland v the rest of the world: Do we pay too much tax?
6 Financial ombudsman warns consumers of attempted scam
7 How your country’s history affects the way you think
8 How safe is it to go back to the office?
9 US shale gas key to rapid rise in methane levels, TDs hear
10 Wirecard was looted before collapse, German prosecutors suspect
Real news has value SUBSCRIBE
Save money on international transfers