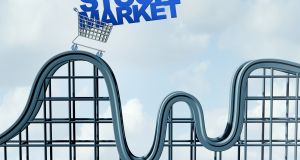 The frequency of bear market rallies is also noted by Ritholtz Wealth Management’s Ben Carlson. Stocks gained over 25 per cent during the 2007-09 crash before eventually hitting further low. There were three separate rallies of about 20 per cent in 2000-02 but stocks ultimately more than halved over the period. And investors witnessed a brief 20 per cent bounce during the “nasty” 1973-74 bear market. Back in the 1930s crash, there were rallies of 23, 27 and 35 per cent.

Still, the news isn’t all dark; market bottoms are also followed by explosive rallies, so no one really knows if the recent rally represents a dead cat bounce or a genuine market bottom. Ignore overconfident forecasters, says Carlson.

“The only trade I’m certain about at the moment is going long humility and short hubris.”