Like a binge-worthy drama, Netflix shows stocks move because of fear and greed 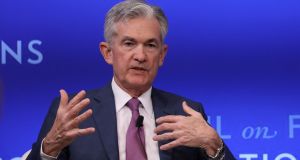 Stocks may be flying high in 2019 but analysts aren’t nearly as cheery as investors right now. According to Citigroup’s earnings revisions index, analyst downgrades of global profits are outpacing upgrades by the most since the market downturn that climaxed in January, a problem also noted by Deutsche Bank.

In a note titled Sliding Again, it says the improving trend in global earnings estimates since December reversed in June, with analysts cutting profit estimates at a rapid pace. The downturn is broad-based across sectors and across the world, with Japan, emerging markets and the US seeing the biggest cuts in June.

A slight decline in US earnings is now expected in the third quarter. That would mean three consecutive quarters of earnings declines – the first such streak since the earnings recession of 2015-16, according to FactSet, when stocks endured a lengthy, testing correction. Furthermore, estimates may fall further, cautions Schwab, as Wall Street analysts have not yet reflected the recent trade war escalation in their earnings estimates. Stocks often gain when earnings are falling, of course, just as they often fall when profits are soaring. Markets look ahead, and investors can comfort themselves with sunnier analysts estimates for late 2019 and early 2020. Still, a continued deterioration in earnings estimates has the potential to unnerve markets, given the very strong returns enjoyed in the first half of 2019.

Investors bet Fed will save the day

The earnings outlook may be iffy but stocks remain in rally mode, betting that rate cuts from the Federal Reserve will save the day. Markets now view a July rate cut as all but certain and expect further cuts to follow, with futures prices indicating rates will have been cut four times by April 2020. Nevertheless, rate cuts don’t necessarily translate to higher stock prices, UBS cautioned last week, pointing out that investor excitement following rate cuts in 2001 and 2007 was short-lived. During both those easing cycles, UBS noted, investors greeted bad news as good news until earnings expectations began to decline.

Once it became clear rate cuts could not magically reignite corporate earnings, stocks tanked. Schwab strategist Jeffrey Kleintop sounds a similar note in his mid-year outlook, pointing out that rate cuts and other actions didn’t stop the most recent recessions in the US in 2008, Europe in 2011 and Japan in 2014.

Rate cuts when no recession was imminent or underway have historically been followed by strong market performance over the following year, says Kleintop’s colleague, Liz Ann Sonders. If the economy holds up and rate cuts are simply “insurance”, then stocks should continue to rally. If the economy softens, however, then the current market optimism could prove fleeting.

Trump’s Fed-bashing is a one-way bet

Fed chief Jerome Powell has come under pressure from markets as well as from Donald Trump to cut rates, but he cautioned last week that a July rate cut should not be assumed, saying the Fed “is insulated from short-term political pressures”.

Those comments followed a Trump tweet that the Fed “doesn’t know what it is doing” and how stocks and economic growth would be much higher if it “had gotten it right”.

Predictably, Powell’s assertion of independence didn’t go down well with Trump. “He’s trying to prove how tough he is ’cause he’s not going to get pushed around,” Trump said, adding, “Nobody ever heard of him before.” It’s not “desirable” to have the president telling the Fed what to do, said former Fed vice-chairman Stanley Fischer recently, but the criticisms make political sense. As Fishcher noted, Trump has nothing to lose; if the economy falls into recession, he can blame the Fed, and if it doesn’t he can boast about his own economic genius.

The same thinking reflects Trump’s market pronouncements. “Stock Market is heading for one of the best months [June] in the history of our Country”, he tweeted last week, before going on to congratulate himself (“Thank you Mr President!”).

Of course, stocks were especially strong in June because they tanked in May, but Trump can blame the Fed for that. Trump’s Fed-bashing is a one-way bet, as Fischer put it, and is unlikely to cease any time soon.

How much volatility is too much? Netflix has traded as low as $332 and as high as $385 over the past 100 days, Bespoke Investment noted last week. That may sound like a large trading range for a large-cap giant valued at some $160 billion, but it’s actually the narrowest 100-day trading range in Netflix history.

According to Bespoke, Netflix’s average 100-day trading range is 78 per cent – five times greater than today’s range. Way back in 1980, future Nobel economist Robert Shiller noted stocks moved too much to be justified by fundamentals. Markets are more efficient now, but the Netflix data suggests fundamentals only count for so much; as ever, stocks move because of fear and greed.

1 Basic income for all: Has the Covid crisis given us a new economic model?
2 RTÉ challenges producers to come up with Saturday night quiz show
3 ‘They’re not making any more land, so it will be valuable’
4 Wet pub openings fuelled rise in Irish Covid infection rates – report
5 Direct sea routes to Europe offer certainty in choppy Brexit waters
6 Move to EU or face disruption, City of London is warned
7 Samsung Galaxy Tab S6 Lite: Lighter in price and spec, but still pulls its weight
8 ‘Make plans but don’t hold on to them too seriously’
9 Pilita Clark: Endless gabfest meetings a daily scourge
10 There was no vaccine for Anglo: Why the last crisis was different
Real news has value SUBSCRIBE
Save money on international transfers