With defects emerging, should you buy a property built in the Celtic Tiger era? 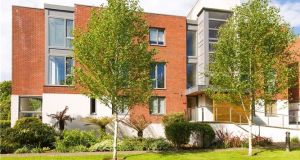 It has turned from a trickle into a flow, as fire-safety issues and substandard construction work continues to be identified in an increasing number of Celtic Tiger-era developments.

For owners of these properties, it’s a significant concern, and one that is likely to be expensive.

“I feel so sorry for these vendors as they are virtually trapped until a levy is agreed,” says Damien Baxter of Sandyford agent Baxter, adding that the issue seems “endemic”, with “no accountability from anyone bar owners”.

Indeed, while the Pyrite Board was established to help those stricken with pyrite in their properties, and has paid out some €92 million as of the end of 2018, last month the Government said it would not set up a redress scheme to assist owners faced with fire-safety issues and building defects in their properties.

Baxter would like to see a redress scheme for these owners. “It is immoral that vendors are being penalised,” he says. He cites the recent example of a vendor who was looking to sell a one-bed property in Sandyford View; two months ago he cited a valuation of €285,000. Since then however, issues have emerged and he has since given the vendor a new valuation of €250,000 for a cash-only buyer. It’s a “painful experience” for the vendor, Baxter says, noting that he paid €410,000 for the property back in 2006.

But while undoubtedly unfair for the owners, the question for putative apartment buyers of these blocks is: what does the agent have to tell you with regards to defects – and should you go ahead in any case?

Boom-time developments didn’t just cost investors and homeowners alike a lot of money; it has now come to light that many of these were shoddily built, and will require funds from their owners to repair them.

Last year, residents of the Beacon South Quarter development in Sandyford, south Dublin, were hit with a €10 million bill to fix fire-safety and other structural defects in their homes.

It’s a hefty bill when one considers that two-bed apartments at the scheme first went for sale at €450,000 back in 2005, while residents are also forking out between €1,500 and €3,500 a year in management fees at the scheme.

And it’s far from the only one: development during the boom years left a litany of shameful construction practices. On Longboat Quay, in central Dublin, the development was also found to fall short of fire-safety standards, while up to a quarter of the 960 houses and apartments at the Belmayne development in Balgriffin, north Dublin, were found to be at serious risk of fire. In the Laurels in Dundrum, residents had to leave the apartment development after it failed to meet proper safety standards.

More recently, serious balcony and fire-safety defects were identified at Cathedral Court, a development of 104 apartments built off Clanbrassil Street in 2006.

Similarly, a series of issues have emerged at Spencer Dock on Dublin’s docklands, including issues with windows, balconies, leaks and fire alarms at the development.

And these are only some of the developments we know about – for a more comprehensive list see here.

But if you’re in the market for such a property how can you find out whether it has been affected or not? It’s important to note that if you’re expecting the vendor to be obliged to tell you about any issues, don’t.

According to the Property Services Regulatory Authority, which is charged with regulating estate agents, firstly, the person selling the property has no obligation to disclose these issues. And, secondly, neither does the estate agent selling it.

So just because everything might look great on the brochure, it doesn’t mean it really is.

Indeed, it’s very much up to the buyer to check out the suitability and condition of a property before buying, and getting a good surveyors report completed before signing contracts.

Pat Davitt, chief executive of the Institute of Professional Auctioneers and Valuers, says it’s advisable that a buyer who is seriously considering purchasing a property would have it checked out by a relevant professional, such as an engineer.

“The old maxim of ‘the day you buy is the day you sell’ is as relevant today as it ever was.”

He adds that the paying of a deposit subject to contract and engineer’s report is only the first step in the process of buying. If it subsequently emerges, through a professional report, that there is an issue of concern, the potential buyer can withdraw from the sale or possibly negotiate a lower price.

Nonetheless, you’ll find that some agents will disclose such issues early on in the process, rather than risk having the sale fall through if and when the issues are discovered.

Baxter, who has sold some of these impacted properties, says that his agency’s policy is to advertise properties as cash only and when people inquire as to why, to then explain the issues.

Similarly, at Delvin Banks in the Naul, Co Meath, for example, REA Cumisky is selling a two-bed terraced house for €199,500. The sales ad clearly states that the property has no pyrite-free cert available and is thus suitable only for a cash buyer.

Others can be more circumspect, however, and it’s really up to the buyer to do their own due diligence. Moovingo director Jack Brady cites the recent example of an agent having his sale of an impacted property fall through three times because the bank wouldn’t lend against it.

This is why he prefers issues to be disclosed up front.

“If the sale won’t go through you’re wasting a lot of people’s time,” he says.

But even when a sale goes ahead, identifying issues can be tricky, as owners of impacted properties – many of whombought unaware of the issues themselves – would rather get the issues fixed before they become public.

Brady gives the example of one purchaser who asked to see a copy of the development’s management company reports before going ahead with a sale; but to do so he had to sign a non-disclosure agreement and could review the reports only in the management office.

Where issues are disclosed, it often starts with a property being advertised as cash only. This is because if there is an issue with it a bank typically won’t lend on it.

Bank of Ireland says that when lending it must take into account structural or other defects, such as pyrite, that could “adversely affect it from a resale perspective”.

In such cases, an engineer or other property specialist may be required to submit a report detailing the extent of any defects or damage to the property and the level and cost of any necessary remediation works.

Where remediation work is carried out, it will “support the overall application” the bank says. But again, its ultimate assessment will depend on the “overall application based on the totality of factors and not just the condition of the property”.

At the Croft in Loughlinstown, in south Dublin, Sherry FitzGerald has a two-bedroom apartment on the market for a “cash buyer only” at €295,000. It too has issues with building regulations, although these are being worked through.

The agent says the discount on the property as a result of the issues is of the order of about 10 per cent, adding that the property would have been on the market at about €330,000 otherwise.

For purchasers – even cash ones – buying such a property means bearing a risk in the expectation that the remedial work carried out will bring the property up to scratch. But if it doesn’t, and banks are still loath to lend against it, the owner of such a property might struggle to sell it on in the future when cash buyers are scarcer on the ground.

But these challenges don’t mean that such properties aren’t selling.

“Someone who has cash will take a risk,” says Baxter, in the expectation that once the remedial work is carried out the property can be sold for a higher price.

Last year he sold a two-bedroom apartment in Ballinteer, south Dublin, where fire-safety issues have been identified, to a cash buyer for €320,000. It had been put on the market at €330,000.

At Hunter’s Lane in Ashewood, Co Meath, Property Partners O’Brien Swaine sold a three-bedroom detached house which was on the market for €159,950. The sales ad clearly stated that the agent was looking for a cash buyer for the property, which had “tested positive for pyrite”.

According to agent Angela Horan, such properties will sell for a reduced price and often to an investor, but will still sell, and typically they don’t take much longer than one with no issues.

“A lot of properties with defects like that can be receiver sales as well,” she adds.

And for beleaguered homeowners, the good news is that once issues have been identified and work commences on a resolution, the properties do tend to sell again.

At the Cubes in the aforementioned Beacon Court, where a levy has been agreed per unit for remedial works, Baxter says prices have started to rise again, as banks are lending against the properties once more. And they are selling.

1 Aldi to impose limits as Christmas toys go on sale
2 Fair deal? Family at odds with hospital and each other not so sure
3 Monsoon landlords win challenge over creditors arrangement that cut rents
4 What to consider if older person or loved one needs care at home
5 First look: Is the iPhone 12 Pro the best smartphone out there?
6 Leslie Buckley’s criticism of inspectors ‘built on thin air’
7 ‘I hate haggling because I hate when people do it to me’
8 Irish elearning company LearnUpon closes €47.4 million investment
9 Ireland ‘needlessly importing timber’, as industry blames Government
10 Ulster Bank to meet Paschal Donohoe to discuss bank’s future
Real news has value SUBSCRIBE
Save money on international transfers