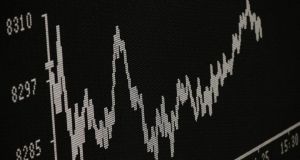 Uncertainty in Syria has already hit global markets. Might a serious escalation of tensions hammer stocks?

Unlikely. One famous study, What Moves Stock Prices?, examined the response of markets to 49 major geopolitical events. On average, the S&P 500 moved 1.46 per cent on the day the events occurred, just 0.9 per cent more than the typical daily move. The same study also examined the biggest market moves over a 50-day period, and had difficulty finding news stories that would explain the declines, indicating market movements are complex and not easily explained.

Another study by Ned Davis Research examined the 28 biggest crises between 1940 and 1998. On average, markets were 2.3 per cent higher six months later.

Another more recent study examined the impact of terrorist attacks on stock markets in Britain, the US, Spain, Colombia, India and Thailand. It found markets “perfectly capable of recovering . . . in a large portion of cases, the impact fades within the same day”.

The Syrian situation is a serious one for many people but not, it seems, for investors.

Syria is a minor oil producer, and has not exported any oil since 2011. The problem is potential spillover, says SocGen, especially in Iraq, which has already seen supply disruptions following recent pipeline attacks. Rising oil prices have also been catalysed by supply disruptions elsewhere, especially in Libya, where oil exports have fallen by 80 per cent since 2011.

However, any oil spike is not likely to be sustained. One, oil tends to rise in advance of military action before subsequently retreating.

Two, Morgan Stanley estimates refiners’ demand for oil will fall by 2.4 million barrels a day, while Chinese demand has levelled off.

Thirdly, SocGen says an oil spike would negatively impact GDP. Add in a proactive response from Saudi Arabia and International Energy Agency countries, and any spike is likely to be short-lived, says SocGen.


Market cheers Ballmer’s exit . . .
THE imminent departure of Microsoft chief executive Steve Ballmer was cheered by investors, the stock rising 8 per cent on the news.

Criticisms of Ballmer are easily made. He lost the internet and mobile to Google and Apple. The history of shoddy products (Vista, Zune), 2007’s dismissal of the iPhone (“no chance”), the embarrassing on-stage theatrics – Ballmer won’t be missed.

Still, focusing on Microsoft’s 37 per cent share price fall since he took over in January 2000 misses the point. That was the peak of the dotcom bubble, Microsoft trading on an absurd 75 times earnings. Its share price fall broadly mirrors the Nasdaq 100, with other tech giants like Intel, Cisco and Oracle suffering bigger declines again. The stock is up some 150 per cent since March 2009, like the market as a whole, and has outperformed in 2013.

Revenues actually more than trebled, from $23 billion to $78 billion, under Ballmer, while earnings grew by almost 9.5 per cent annually compared to 3.9 per cent for the S&P 500. It would be naive to give him too much credit, given earnings largely flowed from 1990s’ achievements, but nor can the share price decline be viewed in isolation.

. . . and he makes $800m
MICROSOFT’S 8 per cent share price jump made Ballmer almost $800 million richer, but he’s not the only mediocre chief executive to rake in the cash.

Some 38 per cent of the highest-paid US chief executives of the last 20 years ended up being “bailed out, booted or busted”, according to a new Institute for Policy Studies report. Of the companies analysed, 22 per cent later received taxpayer bailouts or ceased to exist (like Lehman Brothers, where chief executive Dick Fuld was in the top 25 highest-paid executives eight years in a row).

Another 8 per cent ended up paying significant fraud-related fines or settlements while the same percentage were eventually forced out of their jobs, walking away with an average golden handshake of $48 million.

SocGen’s Edwards at it again
THE latest note from Société Générale’s inimitable Albert Edwards is as bearish and colourful as ever.

Never a believer in the Brics (“Bloody ridiculous investment concept”), the emerging markets story has been exposed as a “pyramid of piffle”, said Edwards. “At the risk of being called a crackpot again, I repeat my forecasts of 450 for the S&P, sub-1 per cent US-10y yields and gold above $10,000,” he wrote.

Crackpot is not the worst
Edwards has been called. In 2000, one correspondent wrote to his then employer, Dresdner Kleinwort: “Send this old, sclerotic and dangerous man into pension or – this would be much better – take him to prison.”

1 Comcast acquires Irish cloud-based telco Blueface
2 Money matters: ‘My father embarrassed us with his haggling’
3 Pilita Clark: When a rude boss keeps you waiting, why not walk out?
4 Henderson Park seek €400m+ for prime Dublin office blocks
5 Five things to watch out for in Apple’s earnings
6 Opioid executive admits to ‘no morals’ ahead of prison term
7 Little strategic thinking in election manifestos of Fine Gael and Fianna Fáil
8 NI house builder apologises to Harry and Meghan over adverts
9 US threatens retaliation against EU over proposed carbon tax
10 Lack of trust blocks solutions to personal insolvency - ISI chief
Real news has value SUBSCRIBE
Save money on international transfers