Insolvency service not doing enough to help those in debt

Analysis: At this rate, it will take the service a century to assist all of its potential clients 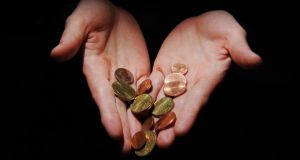 Just 124 insolvency deals were done under the auspices of the Insolvency Service of Ireland over the three months from the beginning of April until the end of June. That is not much more than one a day.

When the Insolvency Service of Ireland (ISI) came into being over a year ago, the then minister for justice, Alan Shatter, said it was the “light at the end of the tunnel” for tens of thousands of distressed borrowers who were no longer able to service their debts as a result of years of reckless borrowing and reckless lending, coupled with the worst recession in the history of the State.

On the same day, the head of the new service, Lorcan O’Connor, described the dramatic reform of the State’s insolvency laws as “hugely positive” and he insisted that new laws did not give banks too strong a hand when coming to the negotiating table with borrowers. “I don’t see them having a veto,” he insisted.

Yesterday, a fresh set of statistics was published by the service and, if there is light at the end of the tunnel, it is very dim indeed. And if the banks don’t have a veto, they are certainly standing in the way of many deals being done.

The ISI was desperate to talk up the numbers and pointed to a threefold increase in the number of protective certificates being issued – the first significant step in the process – and a similar jump in the number of deals being done.

While increases of this magnitude may sound impressive, the merest scratch at the surface paints a rather different picture.

All told, just 124 insolvency deals were done under the auspices of the ISI over the three months from the beginning of April until the end of June. That is not much more than one a day. If the service were to continue reaching arrangements at this pace, it would take it at least a century to work through the estimated number of people who need to avail of its services.

And one in three borrowers looking for a personal insolvency arrangement – a deal involving mortgage debt – could not reach an agreement with their lenders, suggesting that, in many cases, banks are exercising a veto which O’Connor claimed last year they did not have.

Yesterday, the ISI also published details of a debt settlement arrangement protocol ,which will see agreed documentation and standard terms and conditions being used through the application process by debtor representatives, creditors and personal insolvency practitioners. O’Connor said it would “result in the faster development of proposals, faster acceptance by creditors and higher acceptance rates by creditors”.

And that is well and good, but why was it not published last year?

Such a protocol has been in place in the UK for years, so why was it not included in the Irish framework from the outset?

David Hall of the Irish Mortgage Holders Organisation was less than impressed by what he called “a pathetic 27 personal insolvency arrangements and 30 debt settlement arrangements” done in the last three months.

While he is fond of his soapbox, it is hard to argue with his statement that, six years into this personal debt crisis, “the main anchor expected to help people is clearly not working”.

This is, perhaps, a bit harsh. It has been slow off the mark, certainly, and the legislation it has to work with has been flawed from the outset. But at least the number of people using the service to break free from the oppressive burden of unmanageable debt is growing.

It just needs to grow faster.