Dublin start-up looks to cash in on ICO craze 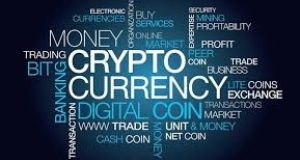 Living Offset is creating 175 million Loff tokens, 65 per cent of which will be available to the public.

A Dublin start-up is hoping to become one of the first Irish companies to raise funds through an initial coin offering (ICO), as it looks to capitalise on the current crypto currency craze.

Living Offset was founded in 2016 with the goal of allowing businesses and consumers alike to offset their carbon footprint by making a contribution, via an app, which is then invested in carbon reduction projects. Seventy-five per cent of contributions made will go towards these projects, with 25 per cent kept to run the business.

Chief executive Chris O’Shea, who has a 30-year background in financial services, says the business is founded on the concept of allowing people to contribute to the fight against climate change by making small contributions, of as little as €0.05, to offset their carbon footprint.

The company is targeting annual revenues of €981 million within five years, based on a target monthly spend by users of €1.20.

Originally funded with €250,000 of the founders’ own funds, and seed capital from friends and family, the company is now seeking to raise funds to finance the next stage in its development.

While the founders did consider the traditional venture capital route, Mr O’Shea said they wanted to make “a big bold statement in the world” by going down the ICO route. Akin to an IPO, in which investors swap their money for shares in a company, an ICO allows investors invest in a company by acquiring crypto tokens.

Now they’re hoping to raise up to €20 million via this mechanism, with a pre-sale of 50 million tokens running from March 19th to April 2nd, offering a 40 per cent discount on the company’s currency, or Loff tokens, which have a nominal value of €0.20. Living Offset will create 175 million of these tokens, 65 per cent of which will be made available to the public, and which can be purchased with fiat currencies, such as euro or dollar, as well as bitcoin and ethereum. Investors will need to put in at least €300, and will need a crypto wallet to hold the tokens. Tokens will be tradable on an exchange.

For a start-up, the benefits of crowdfunding via an ICO are many; it means the founders’ equity stake won’t be diluted, while it also allows the company to sell their message to a wider audience

As Mr O’Shea notes, if 100,000 people invest in the ICO, they will then become “evangelists” for the company, and also likely customers.

For investors, there is the possibility of exponential gains. According to the company’s white paper, the expected annual return is 13 per cent for 2018, rising to 128 per cent by 2022. While likening the tokens to a bond, Mr O’ Shea says that token holders will also receive an annual dividend of 5 per cent of company revenues.

Rather than a speculative investment, Mr O’Shea says ICOs are about “investing in a company or an idea”.

Of course the downside is that the tokens end up worthless and the investor loses all their money.

ICOs are becoming increasingly common as a tool to raise funds. Earlier this week, it was disclosed that Telegram, the encrypted messaging application created by Russian entrepreneur Pavel Durov, had raised $850 million in an ICO pre-sale, and was now targeting a second private presale, while Envion, which offers a global crypto-mining-infrastructure, raised more than €100 million.

However, they are as yet an unproven investment over the long term, and last November the Central Bank issued a warning on ICOs, urging putative investors to be aware they may be “vulnerable to fraud”, bear a “high risk of losing all invested capital”, and may have a “lack of exit options”.