AIB cuts interest rates again: What will it mean for savers?

Bank will cut 10 savings rates to zero next January 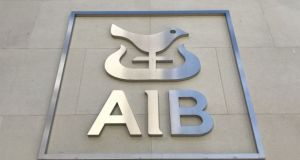 Thousands of savers at AIB will earn no return on their money from next January, as the bank slashes most of its deposit rates to zero against a background of global ultra-low rates.

However, with inflation now running at an annual rate of -1.2 per cent, savers won’t yet see a “real” erosion on the value of their money.

From January 12th 2021, AIB will cut rates on 10 of its deposit offerings to zero, although savers won’t be unduly hit, as the rates were already at rock bottom. For example, those who had money in the bank’s demand deposit account previously earned 0.01 per cent on their savings, while the bank paid those in its seven day notice account a return of just 0.02 per cent. Both accounts have now been cut to zero.

In a statement, the bank said that it has “successfully insulated 99 per cent of our customers during a sustained period of European negative interest rates. We continue to do so, while keeping our pricing for large deposits under constant review.”

Just three of the bank’s savings accounts will now offer a return on your money, with the best rate on offer in the bank’s junior saver account, which will pay a return of 1 per cent on balances of up to €10,000.

The latest move means German savers will continue to earn better rates with AIB. The bank is currently offering a return of 0.05 per cent on a one-year fixed term to German savers on the Weltsparen platform. AIB struck up a partnership with the German savings platform back in 2015 to establish a “diversified and sustainable retail deposit funding base”.

The move from AIB comes against a background of record low and negative global rates; the ECB deposits rate stands at minus 0.5 per cent, for example.

Earlier this month it was revealed that AIB was considering charging wealthy individuals interest for the privilege of minding their money, and was looking at introducing negative rates on its high net worth accounts. This would follow other banks, such as Ulster Bank and Bank of Ireland, which have already imposed negative rates on larger depositors.

But the move to zero rates also comes at a time when households have been saving like never before, meaning banks don’t necessarily have to offer incentives to attract customers’ funds. Across the European Union the household saving rate is at a record high of 24.6 per cent, largely due to lower consumption on the back of the Covid-19 pandemic, while in Ireland, deposits are also at record levels in excess of €120 billion.