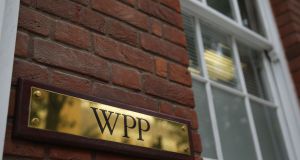 WPP, the world’s biggest advertising company battling a slowdown in client spending, lowered expectations for full-year organic net sales and profit margin on Tuesday, two months after an earlier downgrade sent shockwaves through the industry. Led by the high-profile British businessman Martin Sorrell, WPP said it had suffered in North America from the loss of two big accounts, VW and AT&T, and from the fall in spending from consumer goods groups such as Unilever and Procter & Gamble.

WPP sent shares sliding through the industry in August when it cut its full-year net sales forecast. Since then rivals Publicis and Interpublic have reported weak results and warned about the challenges in the industry. The multiple pressures mean WPP is facing its weakest underlying revenue growth since the financial crash in 2009, and its shares were down almost 30 per cent this year, before Tuesday’s update. The group said it now expected like-for-like net sales growth to come in flat, compared with a previous forecast range of 0 to 1 per cent. The headline net sales operating margin was also now expected to be flat, compared with a previous forecast of a 0.3 margin point improvement.

“Geographically, like-for-like revenue growth in the third quarter was stronger in the United Kingdom, with all other regions, particularly North America, slipping back,” it said.