Vodafone in €9.4bn Australian merger to take on rivals 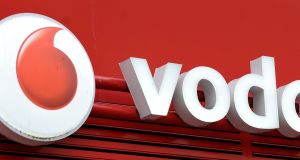 Australia’s TPG Telecom has agreed a merger with Vodafone Group’s Australian business, easing competition in the cut-throat sector and buying scale to take on bigger rivals Telstra and Optus.

It combines Australia’s third- and fourth-largest telecom firms into a larger third player holding TPG’s fibre network and Vodafone’s mobile system, sending shares on both sides of the deal soaring.

The tie-up, to be called TPG, comes as Australia’s telco sector faces upheaval from the rollout of a government-owned broadband wholesaler, which has dented internet profitability and driven intense price competition in the mobile market.

“When you combine the fixed and mobile assets, the new TPG would be in a proper position to deal with Optus ... and a full-fledged telecom operation,” Bernstein analyst Samuel Chen said.

It would also represent a “last chance” for Vodafone, which has struggled with network reliability issues since entering Australia in 1993, to make a serious bid for market share, he added.

The complex transaction hands TPG shareholders 49.9 per cent of a new entity, which the companies say will have an implied enterprise value of 15 billion Australian dollars (€9.4 billion). The rest is split evenly between Vodafone’s two Australian owners, Vodafone Group and Hutchison Telecommunications (Australia).

Shares in TPG jumped 15 per cent to a near two-year high in early trade, while tightly-held Hutchison shares soared 48 per cent to their highest price in 11 years. Telstra stock rose 2.5 per cent and the broader market rose 0.2 per cent.

The companies promised synergies without quantifying them and said they would prepare a joint bid to buy 5G spectrum at a government auction in November.

“This merger creates the size, scale and financial strength for us to compete with the incumbents,” TPG chief executive David Teoh told investors on a conference call.

Vodafone Hutchison Australia chief executive Inaki Berroeta said: “We do mobile, they do fixed ... ultimately this combination is around synergies in the technology.”

Vodafone Group, Teoh and Hutchison would retain their holdings in the new company for at least two years, Vodafone said.

Berroeta would run the new company with Mr Teoh as chairman, TPG Telecom and Vodafone Hutchison Australia said in a joint statement.

TPG’s board unanimously backed the merger, which requires shareholder and regulatory approval, and the companies said they hoped to complete it next year.

As part of the deal, TPG said it also would spin out its Singapore mobile business, separating it from the new merged company. – Reuters

1 How safe is it to go back to the office?
2 More than 40% of help-to-buy recipients already had deposit
3 Owner of Dundrum Town Centre to sell prized assets
4 Most workers now expect choice to work from home part-time
5 Elderly parents living in property you own will save you on capital gains tax
6 It is never too early to talk about saving for Christmas
7 PTSB slides into loss amid €75m bad-loans charge
8 Cinema tensions laid bare by deep crack in theatrical release windows
9 Twitter faces $250m fine over new data privacy issue
10 HealthBeacon becomes official NHS supplier and seeks extra funds
Real news has value SUBSCRIBE