TV3 secures spot for ‘plus one’ channel on Sky television platform 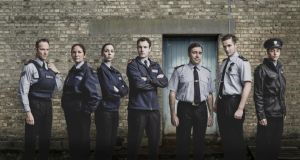 Red Rock: the Garda soap goes out at 9.30pm on Wednesdays and Thursdays on TV3+1, which has been added to the Sky platform

TV3’s “plus one” channel, TV3+1, has been added to the Sky television platform, the largest in Ireland, on channel 117. This means a one-hour delayed feed of the TV3 schedule will now appear one spot below rival UTV Ireland on Sky’s electronic programme guide (EPG).

“We are delighted to have reached agreement with Sky for such a prominent EPG position,” says TV3 Group director of broadcasting Niall Cogley.

“Timeshift” channels can swell audience share by as much as 5 per cent without the need for the broadcaster to spend additional money on content.

TV3+1 was added to UPC’s platform on channel 119 last December. However, being on the Sky platform is commercially more significant for the group, as Sky has an estimated 700,000 subscribers in the Republic compared to about 400,000 for UPC.

According to figures from television ratings body TAM Ireland for the month of February, RTÉ+1, TV3+1, Comedy Central+1, Channel 4+1 and the first timeshift channel in the market, E4+1, accounted for about 2 per cent of total viewing.

They are particularly used by regular watchers of soaps and other programming scheduled in the 7pm-9pm peak-time block.

RTÉ +1, which broadcasts after 7pm and is available on the Saorview platform on the same frequency as RTÉjr, is the most popular, with a 0.5 per cent share of viewing. It was launched in 2011.

TV3 Group, meanwhile, is also gearing up to launch its TV3HD service on Sky this summer in advance of the Rugby World Cup, to which it has the rights.

The tournament, which takes place in England and Wales in the autumn, is of major commercial importance to the broadcaster, which plans to show all 48 matches live.

TV3 is expected to earn between €5 million and €6 million in total ad sales from the seven-week tournament, having collected an estimated €3 million in a single day when its premium packages went on sale late last month. The broadcaster has also secured a sponsor for its coverage for a six-figure sum.

Even without the benefit of sister channel 3e and its new timeshift channel, TV3 remains the second most watched channel in the market. It is behind RTÉ One but ahead of RTÉ Two and UTV Ireland, which has stated its ambition to overtake both.