The rise of addressable: Can ‘narrowcast’ TV ads fight off targeted might of digital? 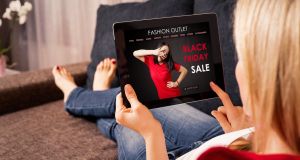 Watch the ad breaks during Scandal or Grey’s Anatomy for a primer on how TV advertising is bought. Cat food, sanitary protection and diet yoghurts feature strongly because the audience demographic for these series is weighted female and therefore, surely, must be cat obsessed, leaking in some way or dieting.

As you wait for the soapy dramas to continue there is some satisfaction in thinking that, as none of that advertising is even remotely personally interesting or relevant, all the brands have done with their broad-stroke, programme-based gender profiling is wasted their money.

Broadcast TV, because of its reach, cultural prominence and quality environment, is still the strongest brand builder but that scattergun approach hitting some targets and missing others is a costly problem. And that’s made even more acute by the inexorable rise of digital advertising with its boasts of no waste, data-driven measurability and pinpoint targeted delivery.

That’s why “addressable” is the TV advertising buzzword, with its promise of at least some of the targeting and quantifiable reach offered by digital platforms. The US Video Advertising Bureau defines addressable “as household-level TV advertising via the set-top box based on an audience target developed using first-, second- or third-party data”.

Advertisers target specific audiences, as opposed to network and programme-specific buys and it covers linear broadcasts and video on demand. In the US, it reached 42 per cent of households, with $900 million in advertising spend during 2016; a figure that’s set to double this year. As impressive as those numbers are, addressable TV buying is still a tiny fraction of the annual US TV ad spend of $72 billion. But with spending on digital platforms forecast to exceed ad spend on TV in the US this year – broadcast needs a way to stop the likes of Facebook, Snapchat, YouTube and so many others polishing off its entire lunch.

In the Irish market, it’s in its pre-infancy. On Wednesday night in Dublin, Jamie West from Sky Media and Pat Kiely head of Virgin Media Solutions will hold a private briefing for a small group of key media executives, to present their new addressable TV collaboration. It sees the two partners – usually fierce rivals in the media space – come together to “enable advertisers to selectively segment TV audiences”.

Virgin Media says it will be making use of technology developed by its parent company, Liberty Global, while Sky Media brings experience to the partnership. For the past three years Sky’s addressable TV platform AdSmart has been on offer in the UK. It works by sending ads to the Sky+ set-top box which then broadcasts them during commercial breaks based on a household’s profile. That profile is, according to Sky, built up “from a customer’s postcode alongside publicly-available demographic information from third-party providers including the data services company Experian”.

At the Connected TV World Summit in May, Daniel Stephenson, head of Sky AdSmart, said that it has now worked with 1,130 advertisers on 7,635 campaigns including 2,709 postcode campaigns. Small steps but an indication of an appetite in the market.

According to Kiely it’s an opportunity for advertisers to “narrowcast” – giving the example of a major brand which takes out a “mass communication” ad in a Coronation Street break and then later in an addressable ad, narrowcasts it by telling targeted viewers where the product can be purchased locally or detailing a specific offer related to that big brand.

“That’s a game changer,” said Kiely, noting that as the offering is across both Virgin and Sky platforms with their massive joint household reach – combined they are in about 65 per cent of the Irish households – the scale of the opportunity is greater than in the UK where it is just on Sky.

Alan Cox, chief executive of Core media, said that addressable advertising could be particularly useful for advertisers with a local requirement “making TV advertising an accessible proposition for advertisers who are not national”, and for specific demographics such as households with children.

Just how much the addressable model is dependent on data partnerships is clear from a description of a regional campaign for Toyota cars in the US last summer as reported in industry bible Ad Age. Data broker Experian provided information on consumers potentially in the market for a new car, addressable TV ad seller AT&T AdWorks provided the ad slots and mobile location data firm NinthDecimal allowed Toyota to track how many of the 652,000 targeted viewers made it into their local showroom. NinthDecimal gathers data on 150 million mobile devices each month through relationships with publishers of about 75,000 apps.

And that’s the trade-off that will become an ongoing conversation for consumers if addressable stops being a niche media-buying proposition, and one mostly based on geography and becomes bigger and more targeted. It’s a conversation familiar from the digital space: how will personal data be used for commercial purposes? Maybe in the future, the ad nostalgia will be in remembering cute cat food ads for a cat you don’t own instead of ones that know, from data from your wearable fitness tracker, that you’re rather fond of the sofa and suggests a special offer at your local gym.

Dear prudence, Thunberg vs Trump and patience is a virtue 06:41
Overlooking the virtue of patience in business comes at a cost 05:30
Davos 2020: Worlds of Trump and Thunberg collide on a Swiss mountainside 05:23
Climate apocalypses, ‘clerical errors’ and an update on the streaming wars 05:20
Election proposals may make the housing crisis even worse 05:19
Search executive
jobs on irishtimes.com